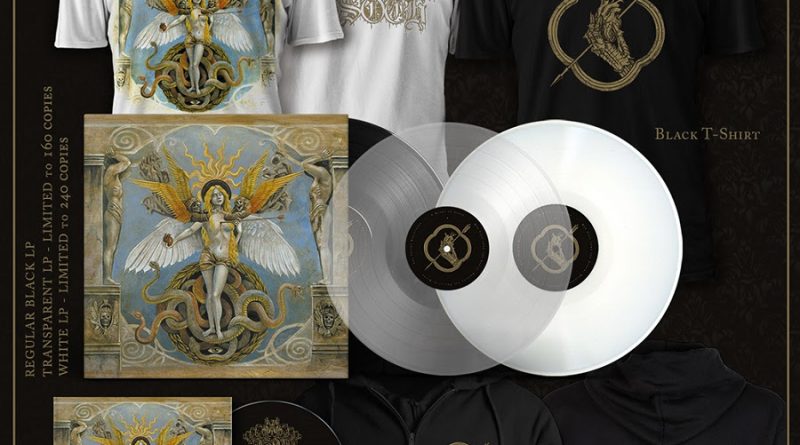 French black metal act AOSOTH is streaming its highly anticipated new studio album “V: The Inside Scriptures” on YouTube. Set to be released on November 17th via Agonia Records, the album is a closing chapter of AOSOTH‘s musical and lyrical concept.  Listen to to the record in full below:

“V: The Inside Scriptures” is currently still available for pre-ordering in many different formats (excluding the transparent LP which is sold out) at:

OKUGA, Oporto’s finest wrecking crew and SYSTEMIK VIØLENCE, Lisbon’s rawest newcomers, join forces to keep punk from being trendy and spineless. DOKUGA present us with their POISON IDEA meets WOLFPACK mesh of ugly venomous punk madness and SYSTEMIK VIØLENCE spat forth their ZOUO-CIMEX worship just as poorly executed as in previous releases. Get your copy while you can still taste some of that good old “freedom”. Fuck all authority! Punk is protest! You can have a taste of it here:
Tracklist:
A1 – Dokuga – Meio Morto
A2 – Dokuga – Refluxo Moral
A3 – Dokuga –  Nothing Left to Feel
B1 – Systemik Viølence – F for Fake
B2 – Systemik Viølence – Dead Cop
B3 – Systemik Viølence – Retarded Metalhed
Release Date: 15 Nov. 2017
Catalog ID: RNR009
Genre: Metal Punk
Format: 7’EP, Vinyl
Limitation: 300 copies

A few days after unveilling a first audio excerpt witht he song “Shield Wall”, French ‘mountain’ stoner-metallers General Cluster just officially released their debut full-length effort called ‘Greetings From Black Mountains’ and available right now for physical and digital.
In addition to the official release-news, the album is also available for full streaming on Bandcamp and you can hear it below: