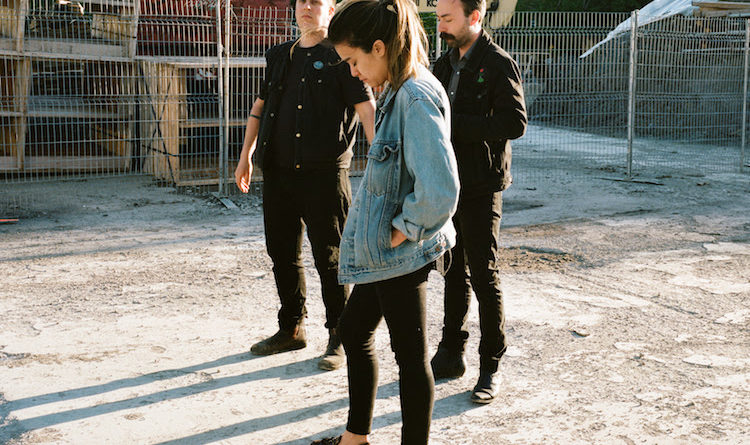 Montreal three-piece BIG|BRAVE will release their sophomore LP this Friday on Southern Lord. With just three songs that clock in for a 40-minute-long LP, BIG|BRAVE have adopted a nearly unbearable level of urgency and intensity that weaves throughout Ardor. Chock full of swirling static, booming guitars, powerful drums—all the hallmarks that have made them one of experimental rock’s most exciting acts today—the album can be streamed in full today on Bandcamp.

As with their 2015 release ‘Au De La,’ Ardor was recorded a the Hotel2Tango, this time by Radwan Ghazi Moumneh (of Jerusalem In My Heart). Jessica Moss (Thee Silver Mt Zion Memorial Orchestra), who was a special guest on Au De La, played violin on all of the three new tracks and Thierry Amar (Godspeed You! Black Emperor) played contrabass on two of the tracks.

Since their inception in 2012, BIG|BRAVE demonstrate the fluidity of experimental rock when elaborated into vast, abstract, and often hypnotic sounds, saturated in soulbaring emotion. The trio put everything into their music, until there’s nothing left to give. Their particular art in musical refinement expands ever gradually, unfurling into a very heavy, strong, and elevating force. As comfortable as they are with tidal waves of sound, BIG|BRAVE is unafraid to experiment with silence, oscillating between sparse, gentle arrangements and deep swells of noise.