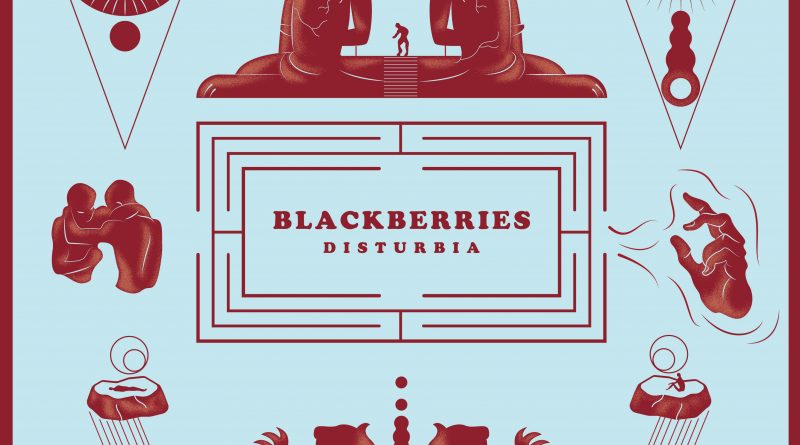 World Of Metal joins the teutonic pysch rock band Blackberries to premiere thir latest album “Disturbia” in full stream, that you can hear below:

The band comments – „Our new album „Disturbia“ reflects our growth as a band after hundreds of live shows all over the world. It also reflects these rather dark and disturbing times we’re living in. Since our last record the wind has turned in a lot of places and on „Disturbia“ we’re voicing some of our thoughts on the situation. Musically we’ve taken more care of the smaller details and created a dreamy atmosphere that balances the often rather direct lyrics.“

You can pre-order the album here: https://lnk.

The days in which challenging music could trouble the charts are certainly long gone but there’ll always be people into music that is more than just some background noise. There’ll also always be people who play music you have to listen to. Blackberries are taking that challenge for quite some time now and while remaining a kind of best kept secret in the German Psych and Kraut- Scene the world is beginning to take notice. Their energetic and intense live shows earned them a rapidly growing reputation as one of the most fascinating acts around. Big festivals in America, Canada and even China received the message and invited the band to add their own colour to the mix. While their last album “Greenwhich Mean Time” got praised in the music press they wasted no time to record their third album.

“Disturbia” which was mixed and mastered at Ice Cream Factory Studios, Austin, Texas. Their last album was a new start, “Disturbia” is a natural evolution. The experience of hundreds of live shows is all over these nine brilliant new songs that still draw on their Kraut- and Psych-Roots but also have a fresh and modern urgency. While the melodic strength still shines bright as one of the key elements, the themes of these new tunes have become considerably darker. The band is well aware of the dangerous change of political climate. The record reflects these observations in gritty songs about violence, ignorance and loneliness without forgetting the age old but still relevant message of understanding each other and trying to find the “we” in all the “I me mine”. So to everyone who likes music that can shake you up and take you places make sure to keep an eye out for these four young men who call themselves Blackberries.