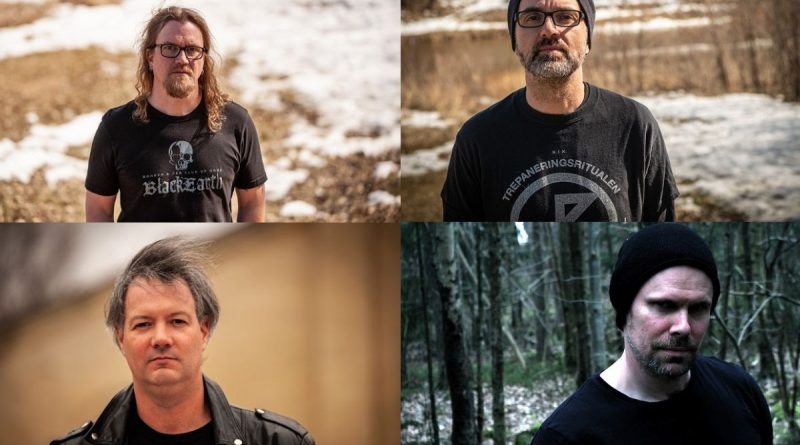 Recently signed industrial doom machine CULTED are now releasing the first (part of the) stunning track from their forthcoming new EP, ‘Vespertina Synaxis – A Prayer for Union & Emptiness’, which will hit the worldwide stores on August 30th 2019. Part of the song “Dirt Black Chalice” is now streaming below:

“We’re in Command” is the new studio recording in 10 years from Pitch Black and it’s now available for full stream and free download. You can check it out below:
The band comments: “Last week we finally announced the complete band line-up after Nuno Quaresma stepped in to the place left by Tiago Albernaz as the new Pitch Black screamer. Since we didn’t record anything in 10 years, we decided this would be the best way to show everyone how we’re sounding like today, specially with a brand new line-up. And that’s why we entered Stone Sound Studio to record the first tunes and continue down the Thrash Metal road where we took off last time we stopped. The promo advance track “We’re in Command” is NOW AVAILABLE for stream at LOUD! magazine and on YouTube and also for FREE download. Soon on all main digital platforms too. Concerning live shows, these will have to wait at the moment, since from now on our main goal is the next official release. So keep hanging on because a lot more Thrash Metal is coming your way. We’ve been working on new material and we’ll return to studio soon.”
LINK FREE DOWNLOAD: https://tinyurl.com/incommand

Canada’s EXES FOR EYES, the musical vision of Dave Sheldon (ex. Man With Target, Annihilator) and the lyrical conception of vocalist and frontman Big James (Stab.Twist.Pull, Endast, Authors) have left their hiatus to bring you a new album “Of Strength and Sorrow” to follow their 2014 album “Tongues Like Figure Eights”. Having maintained a general theme of blindness, both figuratively and literally, the new album departs from those themes.

‘Hold On’ is the first single off this album and is an excellent introduction to the release that can simply be defined as “heavy as fuck”.

Having taken the last four years since their previous album, EXES FOR EYES have shown that they have matured sonically, completing an album that is darker without abandoning the soundscapes their fans have grown to love with their massive groove. Taking inspiration from composers such as John Williams, Danny Elfman, John Carpenter and Hans Zimmer they are new instrumental layers that add a definitive depth to the album. EXES FOR EYES comments on the writing process behind the massive 65-minute album:

“The writing process took so much out of us this album, so the idea of not releasing a song because ‘it doesn’t sound like the other ones’ didn’t even cross our minds. I feel like we knew we were going to release it ourselves on our terms again, so the idea of a 65-minute album didn’t seem outrageous.  You’ll have your favourites the same way we have ours, but these are the songs and we want you to hear all of them. We meant every note and every word.”

Metal fans, especially those who follow Slipknot, Soilwork and Periphery can experience utter brutality and sheer beauty in lyrics that stem from a personal place coupled with heavy riffs and ferocious drumming found in the single ‘Hold On’, which is available for stream below:

The album download for “Of Strength and Sorrow” will be available for only $1 EXCLUSIVELY as of August 13, 2019, at www.ExesForEyes.com.