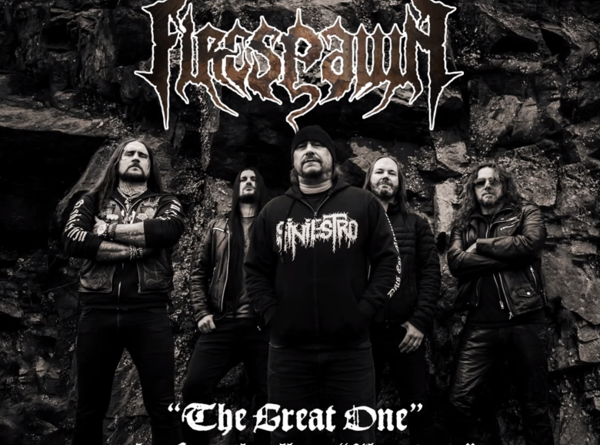 FIRESPAWN – Release First Single “The Great One” Of New Album

Satanic death metal conquerors, FIRESPAWN give us the first taste of their forth – coming album “Abominate” (out June 7th, 2019)

Victor Brandt: “It’s a great feeling to be able to release Firespawns’ third album and to be more pleased with the outcome than you could expect. Everyones’ efforts (band, producer, painter, photographer, layout, label) have been above and beyond. So it’s a real pleasure to present the first song from our new album “Abominate”, which also happens to be my personal favorite: “The Great One”.”

“Abominate” is available in the following formats and can be purchased HERE!

Black metal formation ENTHRONED have released the second track from their upcoming record ‘Cold Black Suns’. The new album will be released via Season of Mist on June 7, 2019. The song “Hosanna Satana” is streaming below:

The band comments: “The Earth with His glory! It is time to unveil the second single & video clip out of ‘Cold Black Suns’: “Hosanna Satana”!”

Since the release of their first EP Pyramid Toward Oblivion in 2011, the instrumental power trio SLOW ORDER hailing from Bologna pursues a sound of the classic stoner rock with modern heavy metal influences. Following the band’s first full-length in 2014, Hidden Voices, gained the band not only high praise from both fans and press alike, but also allowed them to share the stages of all sizes with acts such as Pentagram, Karma To Burn or Avon, to name just a few.

June 14th 2019 will see SLOW ORDER to take a new step and return with their sophomore album titled Eternal Fire on Argonauta Records! Their brand new record, which will be available soon to pre-order, is featuring eight blistering instrumental tracks showcasing their classic sound of previous releases and a new blend of a heavy as hell, groovy post-metal apocalypse – highly recommended for fans of bands alike Russian Circles, Karma To Burn, Yob, Sleep, Pelican or Mastodon! But let the music speak for itself, as today we get to hear a first album appetizer to SLOW ORDER’s brand new single ‘Serpent’s Son’!

Says the band: “Serpent’s Son” is our first single of the new album “Eternal Fire”.“The sound is a direct mystical trip and gives the feeling of talking with the Evil. Based on a power heavy riff , insane and venomous sound, Serpent’s Son is like a snake bite!“

Listen to it below: