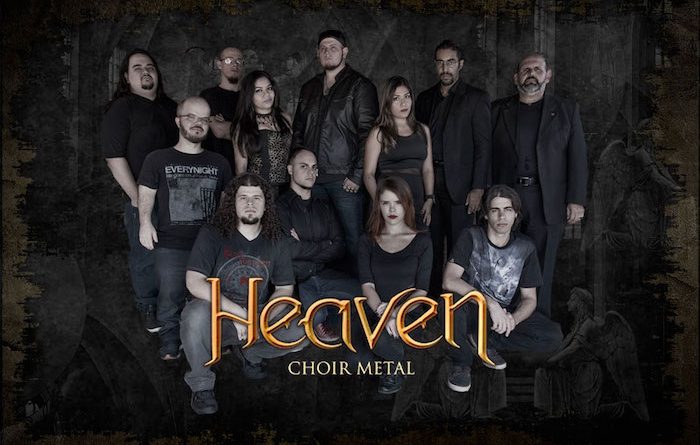 By the band’s request, this section about them was taken down.

The single of the US-Metal Band HELLSCREAM “Fire Starter” was released on Soundcloud. The release date of the new album „Hate Machine” on CD and Vinyl is July 26th, 2019. The pre-order phase will start on July 12th, 2019 in our webshop. The Album will release in a limited Edition of 300 black copies and insert on Vinyl.

I scream… you scream… we all scream for HELLSCREAM!!! HELLSCREAM are ready to deliver metal with real power. Singer Norman Skinner, known as the dynamic frontman for such bands as IMAGIKA, NIVIANE, SKINNER combined with guitarist David “Conan” Garcia (CAGE, THE THREE TREMORS) release their 2nd full length album “Hate Machine” for fans of true heavy metal. Exciting US Power Metal in the vein of CAGE, ASKA and ICED EARTH. HELLSCREAM are the Metal scream that never runs out of air.

The French orchestral metal band DREAMSLAVE has released its second single today – you can listen to “Pirate’s Anthem” below:

The song is taken from the upcoming album “Rest In Phantasy”, due out on June 21st via Massacre Records. You can get the album here » https://lnk.to/restinphantasy

DREAMSLAVE’s album “Rest In Phantasy” is a powerful album, written with heart and soul. Najib Maftah of Stolen Memories has contributed guest vocals to one song on the album.
The musical influences on the album are ranging from classical music to electronic music and even more traditional influences, such as oriental or Celtic music.