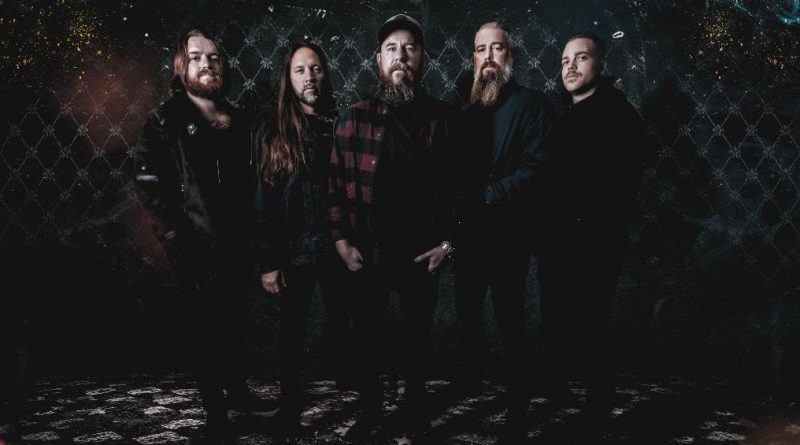 For the second time, Swedish legends IN FLAMES are about to set set fire to the Bor9gholm Castle with their Festival, BORGHOLM BRINNER (Borgholm Is Burning! On August 2nd and 3rd, the band will hold their annual festival on the isle of Öland/Sweden and will unite Jesterheads from all over the world.
In order to gear up for the festival, the band has now unveiled a lyric video to the opening track ‘Voices‘, off their latest album »I, The Mask«, that you can watch here:

Singer Anders Fridén comments:
“It feels like yesterday we were discussing the idea of doing our own festival, and now we’re here at the second year of Borgholm Brinner. We feel incredibly lucky to bring this festival to our fans again this year and have beefed up every experience from the IN FLAMES Gin Bar to the specially brewed Borgholm beer and have even included a few more surprises during the show. Thanks to all of the Jesterheads for making this possible, see you this weekend!”

If you haven’t grabbed your digipak, jewelcase or vinyl yet, you can get it here:http://nblast.de/InFlamesITheMask
Order the album digitally, here: https://inflames.ffm.to/themask

SADAUK has released a new lyric video for the song “Sailing Away”. That song is on the album “A New Dawn”, which was released December 8th, 2017 via PURE LEGEND RECORDS.

South American death cult REPTILIUM have released their pummeling debut EP Conspiranoic, as well premiering a lyric video for the song “Goat” in cooperation with Slam Worldwide. Check out the video and EP stream below:

https://www.youtube.com/watch?v=3muvW8Dvy9k[bandcamp width=350 height=470 album=1070246803 size=large bgcol=ffffff linkcol=0687f5 tracklist=false]REPTILIUM, also known as “The Reptile Sect” is a death cult originated in the cursedmountain region of South America, with the goal of establishing a portal for their so called “forbidden truth” to come through. As far of now this cult is believed to be led by high string priest Nirah, cryptic skinner Cecrops and attended by abominable hierophants such as the low frequency conjurer Lotan. The occultist sect has been known to sacrifice its former collaborators in the process of achieving it’s ritualistic ends. Conspiranoic is REPTILIUM’s first sonic transmission medium.