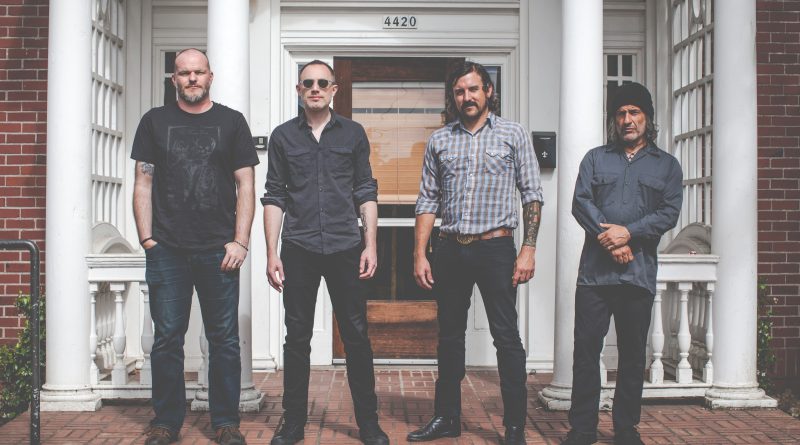 Rising from the ashes of Agalloch and Giant Squid, a new group is born: Khôrada. Featuring former Agalloch members Don Anderson (guitar), Jason Walton (bass) and Aesop Dekker (drums) alongside ex-Giant Squid guitarist / vocalist Aaron John Gregory, Khôrada creates colossal, textured, and emotionally powerful music. The group will release its debut album, “Salt”, on July 20 via Prophecy Productions. Today, in a World Of Metal exclusive, we present you the song “Seasons Of Salt that you can hear below:

Aaron Gregory comments about the song:
“This is a personal favorite song of mine as it’s one of the earliest representations of Don and I writing together; one of the first examples of what KHôRADA could and would sound like. Everyone in the band has their undeniable stamp on this song, from moments of calm, exotic sections, and blasting rage. For me, it’s the perfect representation of KHôRADA’s combined capabilities and our hunger to create something vastly different from our prior work.”

As a completely fresh concept, Khôrada is an opportunity for the musicians to explore new soundscapes while challenging themselves creatively. With “Salt”, Khôrada forges breathtaking swathes of sound that swell, stretch, submerge and recede with panoramic power.

At once atmospheric, aggressive and apocalyptic, the album’s emotion is driven by the band members’ view of today’s world; these are precarious times. “Salt” was written under the pressure and uncertainty of the beginning of the Trump-era, standing as a musical exploration of the routine madness we now live. Paired with the surreally visceral artwork of internationally renowned painter & sculptor Cedric Wentworth, the visual explorations prove to be as haunting as the ethereal vocals of Aaron himself.

The dissolution of two of America’s most beloved underground groups has resulted in the formation of perhaps the scene’s most highly anticipated new band. With a sound built upon a resolute sense of purpose, Khôrada has arrived.

You can pre-order the album here: https://prophecy.lnk.to/khorada-salt