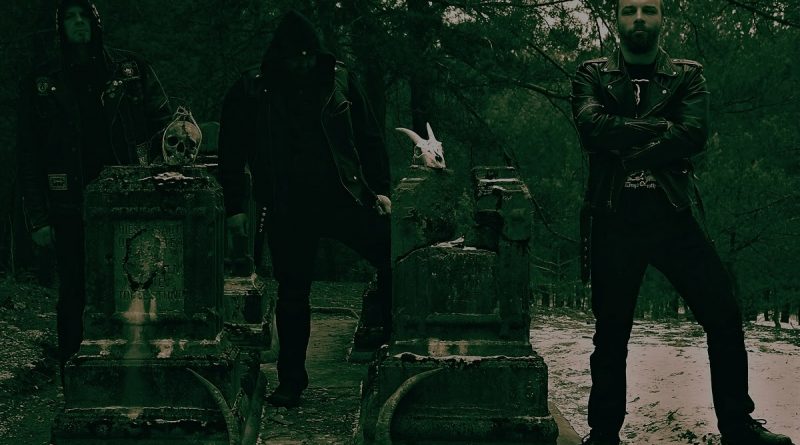 Death cult worshippers Kingdom have completed the work on their fourth full release titled ‘Putrescent Remains of the Dead Ground‘ which will be released on March 12, 2018 on Godz Ov War Productions. Exclusive premiere of the album will take place during the coming edition of the Into The Abyss Festival where Kingdom will play alongside such acts as Vallenfyre, Profanatica, Hierophant, or Auroch. The new album will be available on CD, 12″LP and in digital format.

You can check the very first harbinger of doom, the battle hymn titled ‘Walls of Askalon‘ below:

Over the years, Kingdom have fought countless battles, but with ‘Putrescent Remains of the Dead Ground‘ not only do they follow the warpath taken on ‘Sepulchral Psalms from the Abyss of Torment‘, but they do expand on their uncompromising and furious, claustrophobic and ghastly psalms and hymns of blasting blackened death metal. Beware the sonic warfare, nihility and scorn of all but godz of war, hatred and death. Welcome to a kingdom of dead ground, stench of decomposition and cadaveric poison. Further pages of the band’s war chronicles contain seven new new psalms and a cover of the mighty Immortal – a thirty-minute onslaught that will definitely profanate your carcass and deprive you of the remnants of your self-dignity.