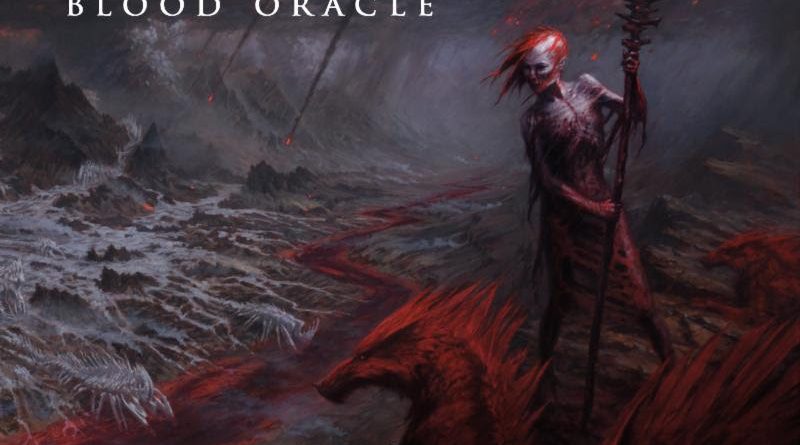 MORGENGRAU‘s sophomore album Blood Oracle is now streaming in its entirety and available for purchase directly from Unspeakable Axe Records.  The album will be available through international distribution channels on June 22. Stream the album below.

The band’s German name belies its American origins, just as much as its combination of Euro-death riffs and rhythms with the Floridian originators of the genre will keep listeners guessing.  With a vicious approach reminiscent of ASPHYX, PESTILENCE, DEICIDE and CELTIC FROST, Blood Oracle is eight tracks deep with the kind of death metal that the genre’s most loyal fans will devour. It was produced by the great Harris Johns (Celtic Frost, Kreator, Pestilence, Voivod, and too many more to list), ensuring that its sound is honed to a fine edge.
Featuring atmospheric artwork by Nick Keller (who has done concept paintings for numerous movies including The Lord of the Rings and Mad Max: Fury Road, in addition to his stellar cover art for many bands), this album aims to surpass in every way MORGENGRAU’s self-released debut. Blood Oracle will be available on CD and digital platforms.
Track List:
1. Blood Oracle
2. Wolves of Thirteen
3. Progression
4. Poised at the Precipice of Doom
5. Forced Exodus
6. Invert the Marker
7. Incipit Bellum
8. Evocation of the Wheel