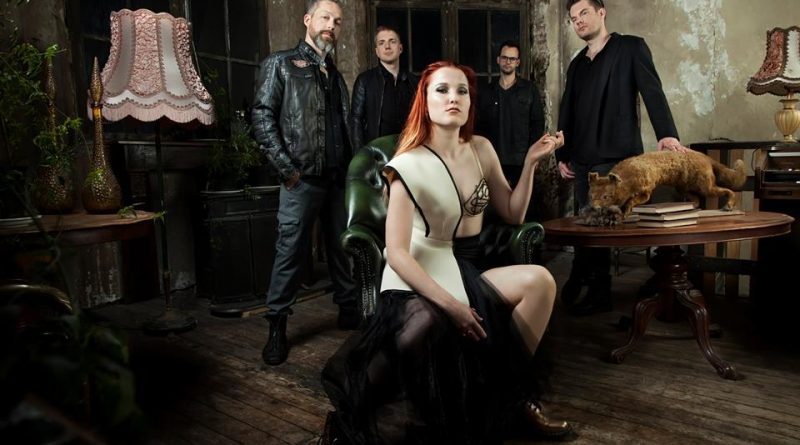 August 23rd will see the Dutch alternative rock outfit Nemesea return with their forthcoming studio album, White Flag, on Napalm Records. Combining finest rock licks with modern metal riffs and electronica to stir up a dark and strangely addictive brew – Nemesea have fine-tuned the musical combination to perfection on their fifth album. The riff and groove section behind Sanne Mieloos outstanding vocals, delivers several surefire hits up its sleeve and it’s impossible to not be enthralled by the all-encompassing balance between driving rock and soothing ballads. White Flagoffers intense and soulful alternative rock complete with a subtle breath of goth and loudly demands the attention the band undoubtedly deserves. This album is an addictive gem, that not only belongs in every well-sorted rock record collection, but that reveals its many-splendored colors more and more each time you press play!

Today, Nemesea are sharing with us a lyric video for the hard-hitting track ‘Fools Gold’! Watch the band’s new clip below:

SOUL OF ANUBIS share new song “Beyond The Plague”

Portuguese progressive death metallers Soul Of Anubis shared the next advance for their sophomore album “The Last Journey”, “Beyond The Plague” that you can listen below.

“The Last Journey “will be released September 6 by Seeing Red Records. It was recorded, mixed and mastered at Demigod Recordings

“LEVITATE” SINGLE #3
You were the bad guy in their story, but that part of their story is now over. The intense pain of realising someone you love does not need you anymore.

Sleep Token has been releasing the tracks from forthcoming album Sundowning, 1 every 14 days, in sequence, at sundown.  So far, opening track, “The Night Does Not Belong To God” and “The Offering” have been unleashed upon the world.  “Levitate”, accompanied with a new video clip that perfectly captures the mood of the song, marks the third recording in a full series of 12 to be gifted unto us.

The result will be a digital and physical release of the album on November 22nd, with format choices embracing a bespoke box-set containing a variety of exclusive elements, including early recordings.