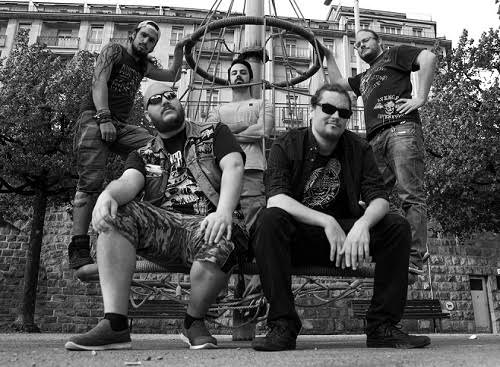 Stream
Outubro 20, 2017 Fernando Ferreira 0 Comments Melodic death Metal
After a few months spending to share various audio and video excerpts from their effort, Swiss metallers Peace Is Just A Break aka PIJAB (modern/melodic death-metal) just officially release their long-awaited debut full-length album called ‘Little Boy’ for physical and digital on Bandcamp or through the main legal platforms (such as iTunes or Amazon).
In addition to the official release-news, the band also shared the album for full stream on Bandcamp while the official PIJAB music video is still available on the band’s YouTube channel and on the Blank TV
Below you can hear “Little Boy” in full

Peace Is Just A Break is a melodic death metal band created in May 2011 by 5 friends from the area of Lausanne, Switzerland.
The band has the opportunity to play at BiubStock Festival besides Breakdown of Sanity in 2013 and at the Metal Assault Festival 2013 with bands such as Psycroptic, Hour of Penance or Dyscarnate. In 2015, after a big line-up change, the band gets out of its off peak period by unveiling a new song, “Echoes”. PIJAB is back on stage with new compositions in a more modern melodic death metal, adding some samples to the sound.
The band then plays 3 gigs in Switzerland during September and November, including one opening act for the French metalcore band Eths, then a Belgium/Netherlands tour is organised for the end of November. Currently, the band is finishing the work on its first studio album which will be released in 2017.