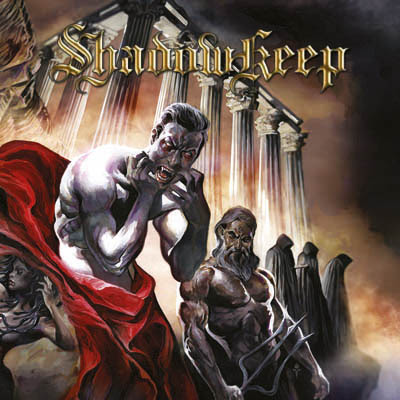 The second single of the British Prog Power Metal Band SHADOWKEEP – “Immortal Drifter” was released on Soundcloud. The release date of the new SHADOWKEEP album „ShadowKeep” on CD is March 30th, 2018. The pre-order phase will start on March 16th, 2018 in their webshop.

10 years SHADOWKEEP fans waited for a new album. 2018 the band is now striking back with a new singer and a new album. Nobody else than James Rivera from HELSTAR joined the quintet from England! So it is no wonder that the image of SHADOWKEEP will change now a little bit.

In the past SHADOWKEEP were compared with the more progressive QUEENSRYCHE or CRIMSON GLORY. The Comeback album will go more into the direction of classic 80’s US-Metal, because James Rivera and his remarkable voice is putting his stamp on the eleven fresh songs, so that the listener is reminded of the beautiful days of HELSTAR, DESTINY’S END or NEW EDEN.