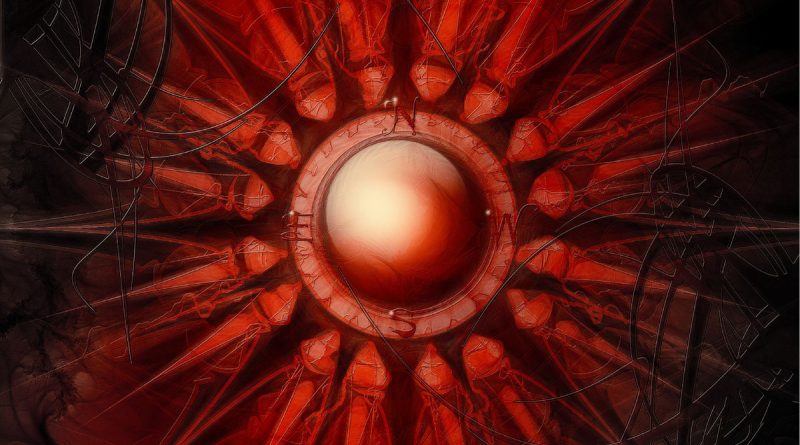 Stream
Outubro 19, 2018 Fernando Ferreira 0 Comments Heavy Metal, Power Metal, Single Bullet Theory, Thrash Metal
Single Bullet Theory will release their latest album Divine Ways of Chaos on October 19th after a lengthy and tumultuous period which saw lineup changes and serious health conditions delay its release. SBT is proud to announce that this will be their first full length album released independently and under their complete control.
Legendary drummer, Raymond Herrera (former: Fear Factory, Brujeria, Arkaea) calls album “a righteous barrage of the senses with some great riffs, beats and melodies thrown in. This album is true to the metal art form, and is a must hear.”
Divine Ways of Chaos will be available on all major internet streaming sites including iTunes, Google Play, Spotify, Pandora, Slacker Radio, iHeartRadio, YouTube Music, Amazon Music and Amazon On-Demand where CDs will also be available.
Divine Ways of Chaos is now streaming below:
[bandcamp width=350 height=470 album=29681553 size=large bgcol=ffffff linkcol=0687f5 tracklist=false]
Single Bullet Theory plans to perform select shows in support of the release as they are able, as current drummer Rob Gladden has been slowly recovering from bone cancer treatment since the spring.
“Years back, when I set out to begin Divine Ways of Chaos“, says frontman Matt DiFabio, “SBT had just returned home from a three-week tour with Into Eternity. The band was firing on all cylinders and I believed I had the ultimate lineup for a serious album release. I spent the better part of a year working on this album and am extremely proud of what I did… But, for a variety of reasons, we had member changes during the album’s development and directly following its completion. As a result, truthfully, I sort of lost my desire to even have these recordings see the light of day. So here we are a few years later… Having our current drummer, Rob, out of commission until he fully recovers from bone cancer: the surgery and all the difficulty dealing with that… Having Justin incessantly breathing down my neck to finally release this album and the fact that Bill and I needed some sort of goal to look forward to; alas, Divine Ways of Chaos is now here. I spent the last few weeks going back and revisiting these recordings and I have to say, this was the most ambitious album I have ever made. It was my first attempt at self-producing, recording, mixing and was a true labor of love. I am absolutely thrilled with the musicianship that everyone involved displayed.”
The album was produced, recorded and mixed by Matt DiFabio and mastered by James Murphy at The Safehouse. All drums were performed by Justin Arman and recorded at OX1 Sound Studio by Jason Ruch. Additional production was contributed by Carlos Alvarez at Dirty Viking Audio Production. The album features guest performances by Tim Roth (Into Eternity), current Level Fields vocalist Alan Tecchio (Watchtower, Hades, Non-Fiction) and Jeff Rose (ex-Power Theory), as well as performances by former SBT members John Ruszin III, Harry Lannon, Patrick Brose, and Jeff Kalber.
Single Bullet Theory is an endorsed artist of My Magic Mud Records™, a label that provides promotional grants for independent bands and artists pushing the boundaries of their craft.
singlebullettheory.us
facebook.com/singlebullettheory
instagram.com/singlebullettheory
singlebullettheory.bandcamp.com