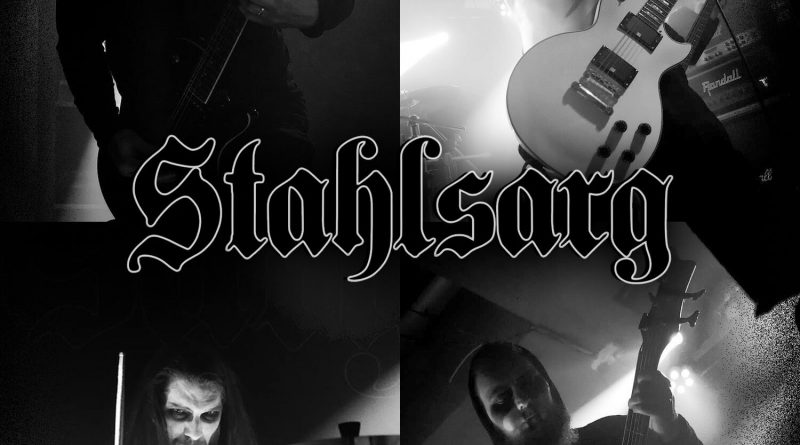 World Of Metal is proud to present Stahlsarg’s second album – “Mechanisms Of Misanthropy” for full stream. Below you can hear the album in exclusive and also make your order. It will be released on the 31st of October by Non Serviam Records.

Stahlsarg are a UK black metal band formed in 2013 and hailing from Suffolk.  Discovered in their demo writing days by Hellhammer of Mayhem who approached the band for a shirt and off the back of this a London support show was secured. This then began a succession of UK and European shows playing alongside many other bands such as Endstille, Handful of Hate, Excruciate666 and Crystal Viper to name a few.

The band internationally released their first album entitled ‘Comrades in Death’ through the Danish label Mighty Music in 2015 and gained numerous excellent reviews in online and print publications in Europe and air time on online radio stations.

The second opus entitled ‘Mechanisms of Misanthropy’ was recorded by Danny B Takoma (Criminal, Lockup) at HVR studios in Suffolk who also took on production duties on the band’s first album. This second album will be released by the Dutch label Non Serviam Records on October 31 2017, it features a guest vocal from Kim Dylla (A winter lost, Gwar, Kung Fu Dykes) and an arrangement from Brian Moss from Vicious Pink. ‘Mechanisms of Misanthropy’ brings a darker and more atmospheric sound to the band with the introduction of a typical gothic guitar sound, samples and the introduction of Destruction (bass player) playing tuba and trombone.

This enhances the lyrical journey of tales in a time of oppression, survival & death, song subjects include the Norwegian resistance hero Jan Baalsrud and Sophie Scholl & the White Rose movement. From the fastest to the melancholic and from the bombastic to the magisterial atmospheres are created on this album to maximize the hard-hitting lyrical content.

“We are Excited our second album Mechanisms of Misanthropy will be released on Halloween through Non Serviam Records. On this album we have used more atmosphere to link the songs together to make a more immersive experience. The lyrics on this second album focus heavily on survival and individuals. We hear about how Jan Baalsrud, a Norwegian resistance fighter, had to cut gangrene infected flesh from his body. How a Jewish woman ended up working for the Gestapo to assist with capturing other Jewish people in hiding. How Sophie Scholl and the White Rose Movement fought to resist valiantly in a time of oppression . The album easily sits alongside it’s contemporaries however it has it’s own sound. So if you like black and death metal with atmosphere than surrender your ears to Mechanisms of Misanthropy.“