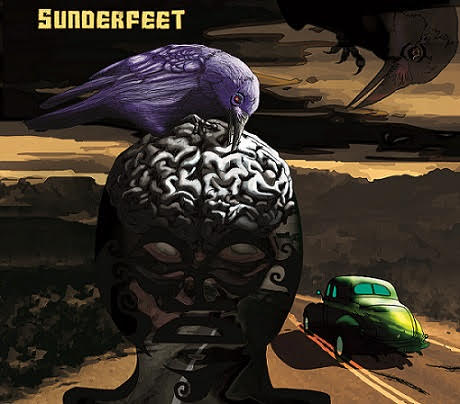 A few weeks after the official release of their debut full-length album called ‘Nigthmare For Myself’ and still available for CD & digital formats on Bandcamp, and before to hit the road again for a bunch of gigs, Stoner-grunge power-trio from the East of France Sunderfeet just streamed the whole effort for free on YouTube, and you can check it out below:

Born in 2012 as a power-trio, Sunderfeet played from its beginning a mix between rock’n’roll, heavy music, grunge and stoner influence Kyuss, Soundgarden, Nirvana or The Smashing Pumpkins.

After a debut EP called ‘Some Garage Stuff’ and a bunch of gigs next to bands such as Geezer, Hellectrokuters, Los Disidentes Del Sucio Motel, Powder For Pigeons, SOAN, White Miles, the trio began the work on its first full-length effort ‘Nightmare For Myself’ coming out on 2017.