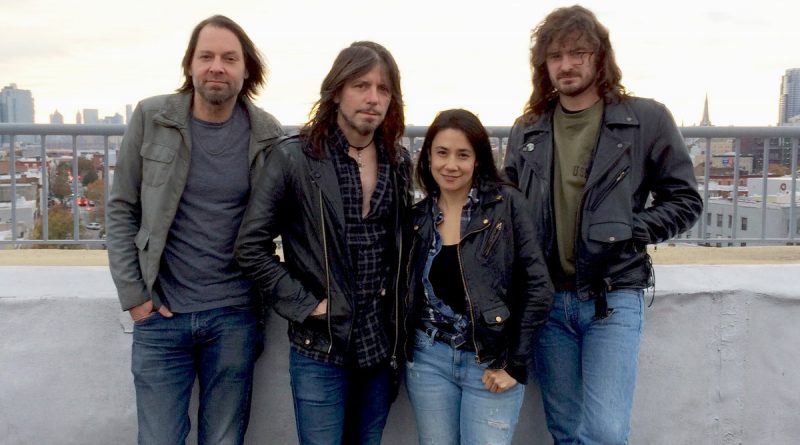 On May 24th, NYC’s Tanith will release their debut full-length, In Another Time, via Metal Blade Records. Taking their name from a character in the classic Hammer Horror The Devil Rides Out,Tanith play vintage hard rock that harks back to the glory days of Blue Oyster Cult, Thin Lizzy andUriah Heep. However, while such influences resonate through their music, they are never derivative, having a strong musical identity and forging their own sound.

For a preview of In Another Time, the new single, “Eleven Years”, can be heard below:

To hear the album tracks “Citadel” (which also appeared on Tanith‘s Citadel 7″, released last year) and “Under the Stars”, please visit: metalblade.com/tanith – where the record can be pre-ordered in the following formats: 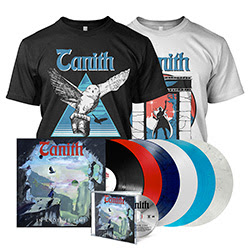 London (ON) – Fresh off the Forest City London Music Awards’ bestowal of “Best Metal Act of 2019,” Canadian Melodic Death Metal quintet KAVARA are proud to announce the May 31 release of full-length debut album Weathered & Lost. The album’s first single, “Scarecrow,” can be streamed below.

Emerging from the smoke and debris left by the explosive launch of 2016 debut EP Overthrown, KAVARA ratchets up the intensity, hones the songwriting to a fine point, and devastates the hemisphere with 11 tracks of dyed-in-the-wool melodic death metal! Eschewing trends in favor of authenticity and letting the music do the talking, KAVARA’s Weathered & Lostis Death Metal par excellence. Up the volume and revel in the glory of Death! Weathered & Lost was recorded at Icehouse Studios in Goderich, Ontario
Pre-order Weathered & Lost
kavaraofficial.bandcamp.com/album/weathered-lost
Track Listing
1 Weathered & Lost
2 A Mind Betwixt
3 Scarecrow
4 Tormentor
5 The Reaper
6 Death Sentence
7 Mark My Words
8 Lawn Care
9 Bloodlust
10 Walk of Shame
11 Let the Carnage Manifest

Hollis Brown are delighted to unveil new song ‘She Don’t Love Me Now’ taken from their new album Ozone Park, which is released on 7th June via their new home at Cool Green Recordings / Mascot Label Group.

Hailing from New York, the beginnings of the quartet was born out of a garage in the Ozone Park neighbourhood of Queens on a steady diet of psychedelia and basement jams in Greenwich Village.  Their first show came at the legendary Greenwich Village bar, Don Hill’s– which had hosted the likes of Blondie, Iggy Pop, Green Day and one of the earliest shows from The Strokes. Now, as they announce their 3rd studio album, that first show in 2009 seems a world away as the band have since  toured the world, frequently darting between the US and Europe playing rock clubs, stadiums and everything in-between.

Adam Duritz himself asked the band to join the Counting Crows on an extensive 3 month US tour which saw them play the stunning Red Rocks Amphitheater. They have also played with Citizen Cope, Jackie Greene, Jesse Malin, Toots & The Maytals and The Zombies; one such show with the 60s icons saw them do an eventful 30 hour round trip from New York to New Orleans to play The House of Blues that resulted in a chance meeting with Allen Toussaint.

The journey has seen them pick up the attention of David Crosby, Nils Lofgren (E Street Band) and even had a brief encounter with the actor Eric Roberts in California. You would have heard their music in films such as “Bad Country,” starring Willem Dafoe and Matt Dillon and on TV series’ “Shameless,” “Kingdom” and MTV’s “Real World.” Also their music has been featured in the worldwide trailer for “The Founder” starring Michael Keaton.