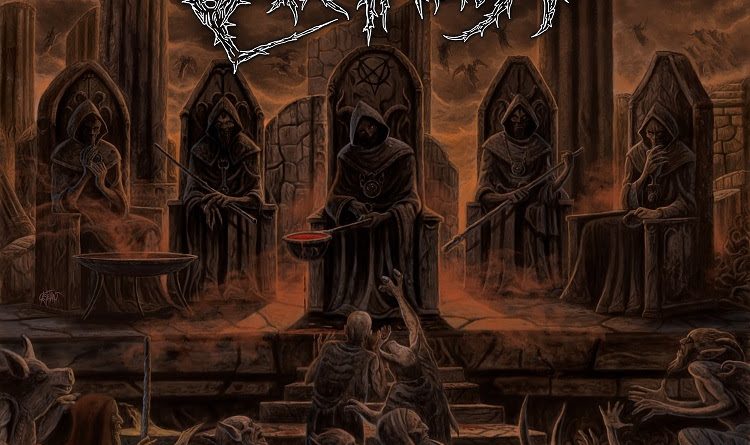 Legendary Hellenic black metallers VARATHRON release advance stream of their new studio album “Patriarchs Of Evil”, due out on April 27th via Agonia Records. Listen to the album early below:

Co-founded in 1988 by Stefan Necroabyssious, the band’s vocalist and sole original member, VARATHRON has been on a steady release schedule since 2004’s “Crowsreign”. The latter album introduced Haris (drums) and Achilleas C. (guitars) to the band, who were later joined by Sotiris (guitars) and Stratos (bass). Together, they established a new, well-bonded line-up of an already established Hellenic black metal act, considered as one of the forefathers of the genre, next to Rotting Christand Necromantia.

Having previously described “Patriarchs Of Evil” as “heavy, dark and full of melodies that will revive past memories”, VARATHRON elaborates on the successor to “Untrodden Corridors Of Hades” (2014):

“The time has come to deliver our new opus ‘Patriarchs of Evil’. A sinful sip of this unholy communion will lure you into an astral journey of absurd dimensions – with an awakening smell of the old era. This album is one of the finest pieces Varathron has ever unleashed. We promise a true heavy, blasphemous and unique masterpiece with Necroabyssious delivering his best performance ever. With glorious riffs, profound melodies and a solid rhythm section, this dark testament is to delve into. The time of the rejuvenation has come!! WE ARE FOREVER IMMORTAL!!”.“Varathron are proudly spreading the mediterranean plague since 1988! 30 years have passed and we continue to worship darkness and preach the unholy word! ‘Patriarchs of Evil’ is not just a new album, it is a celebration and one of our greatest creations. Behold the 8 hymns!”.

“Patriarchs Of Evil” was recorded, mixed and mastered over the course of 2017 by Achilleas Kalantzis  (aka Achilleas C.) at Crown Audio Conspiracies, except for drums which were recorded at Infinite Loop Music Studio. Both studios are based in VARATHRON‘s hometown of Ioannina, Greece. The album’s artwork and layout were designed by Juanjo Castellano. New band photos were taken by Evi Savva.