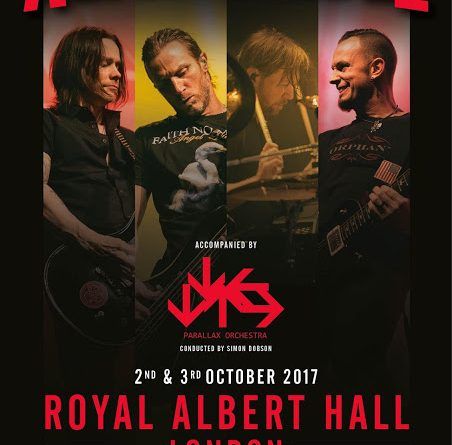 Following their jaw-dropping set at Download Festival this weekend, US rock giants ALTER BRIDGE have announced their return to the UK for two very special headline shows on October 2nd and 3rd.
Appearing at the legendary Royal Albert Hall in London for the first time, the band will treat the audience to an array of songs never before played live as well as fan favourite hits, drawn from their acclaimed five album catalogue. In another first, the group will also be accompanied by the Parallax Orchestra – a 52-piece London-based symphony orchestra conducted by Simon Dobson – adding an impressive new dimension to their already captivating live show.