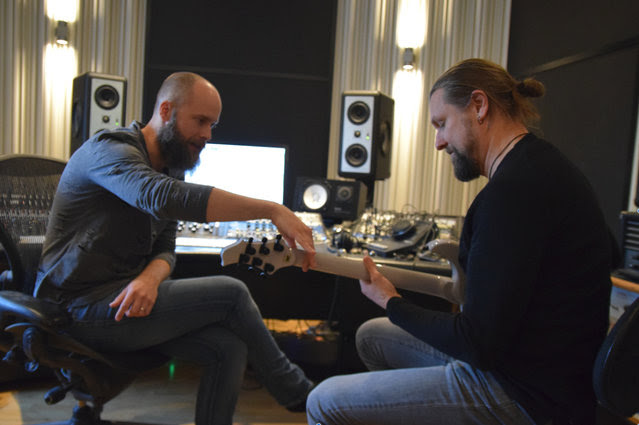 Melancholic progressive metallers AMORPHIS recently released their 2015 studio album “Under The Red Cloud“, which won countless soundchecks and reached great chart results all around the world, including their first ever entry in United Kingdom and Australia, as well as their highest ever entries in Germany, Switzerland, Austria, Belgium, the Netherlands and France. Following this success, they released their “Under The Red Cloud Tour Edition” in February 2017, including the entire album with two bonus songs as well as the live tracks of their “An Evening With Friends”-Shows @ Juhlaviikot – Huvila (more info, see below).

Today, there are some good news for all fans of AMORPHIS: The band is currently working on a new studio album! The pre-production process is already done and most of the recordings have been finished. But this time, the band didn’t rush at all and took their time to focus on details so there’ll be also some really amazing surprises: additional recordings with real strings and flutes, as well as orchestra arrangements and choirs! In addition, this is the first time that people will be able to hear their lyricist Pekka Kainulainen on the album as he contributes a speech in Finnish!

Jens Bogren (OPETH, AMON AMARTH, KATATONIA, and many others) will be once again the producer of the upcoming album. More details to be announced soon, so stay tuned!