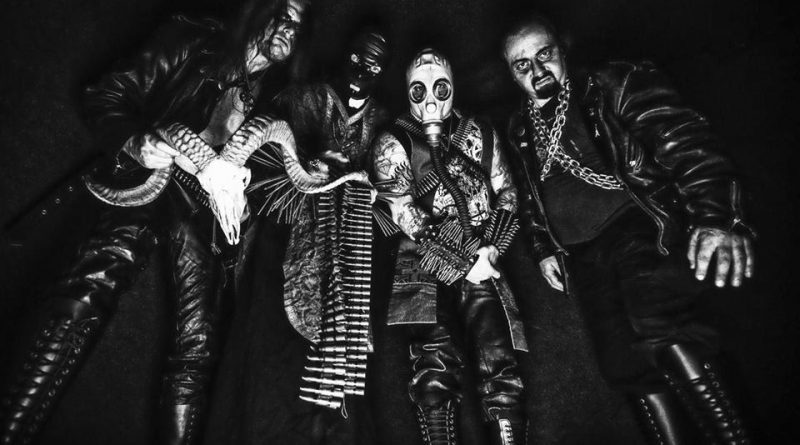 ANIMA DAMNATA‘s “Nefarious Seed Grows to Bring Forth Supremacy of the Beast” is going to be out on 1st November 2017 via Godz Ov War Productions & Malignant Voices, and it is going to be available on various formats, such as CD, 12″LP, and Digital Download. The album is going to have its exlusive premiere during the Polish leg of the Abhorrent Desecration Tour 2017 crusade on which  Anima Damnata will be supporting Black Witchery, Possession andNyogthaeblisz.

The band comment: “The “Nefarious Seed…” was meant to be more intense and overwhelming than our previous releases. It is like a demon sitting on your chest, taking your breath away. Although it is more mature and less chaotic, it strikes with greater precision at the foundations of extreme metal music. This album is rather self-inspired; however, some influences of bands like  Deicide, Sarcofago and Morbid Angel may be audible. The lyrical concept is mostly set upon Promethean values, the inner strength driven by the darkest visions, and the impending end of all religions. The production of the album follows the pattern set on Scott Burns’ early works, but it has been enriched with foul miasma. The “Nefarious  Seed…” completes our rapturous pentalogy dedicated to the Horned Lord. There is a bad moon on the rise, and the future is dark.” This album was engineered and produced by M. (Mgła). The cover art and additional sickly ilustrations were created by Mar.A  Artworks, and the logo was craftfully designed by Christophe Szpajdel.

Tracklisting:
1.The Promethean Blood
2.Praise the Fall of God
3.Uprising Lucifer
4.Through Abomination ‘Till Ecstasy
5.I Hail His Name
6.Your Life Is Cursed
7.Numinous Ascension Into a Black Hole
8.His Light Shines Upon Me
9.Blend Into Satan
10.Void of the Abyss

Before the album premiere, you can listen to a two new tracks – “Uprising Lucifer” and “Through Abomination Till Ecstasy” below
[bandcamp width=350 height=470 album=2353396373 size=large bgcol=ffffff linkcol=0687f5 tracklist=false]