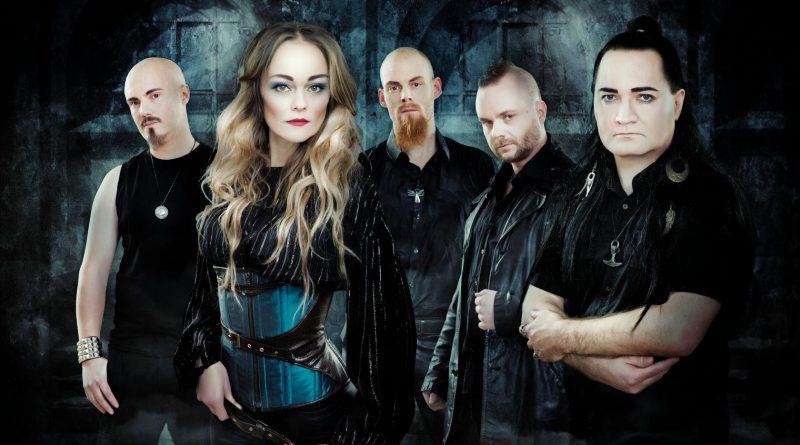 AMBERIAN DAWN are never at a loss for Symphonic Metal that moves your deepest soul. Lyrically these Finns drift with captivating fantasy stories. Check out a brand new track off of their forthcoming album Darkness of Eternity!

Overwhelming and adventurous, more than music: See the worldwide music video premiere for “I’m The One” below:

AMBERIAN DAWN mastermind Tuomas Seppälä gives a deeper insight to “I’m The One”:
“I’M THE ONE was one of the latest compositions for new album. After writing a couple of softer songs in fall 2016 I got a new “heavy wave” and probably 3 latest songs I wrote were quite heavy. The song is very hectic and pushes forward like a train. There’s no solo part on this song (a solo would have been quite obvious call) Instead of that I wrote an instrumental part and an extra vocal part. Last vocal part’s melody and chord pattern supporting it consists of just one really long phrase… this kind of long phrasing was typical in many classical compositions. I still haven’t got rid of my roots in classical music :)”

While Capri explains the story:
“I’M THE ONE This is a story about very charismatic and socially intelligent people who speak with the finest words to make other people do what they want in their quest for their own pleasure. They do not care about the consequences or how to violate the feelings of others. They only think of themselves. Unfortunately the pressure in the group is generally enormous and all its members are behind the strongest individual hoping to be “the chosen one”.”

With the ear-piercing dramaturgy of incredible songstress Capri, their eighth record Darkness of Eternityis studded with stupendous fanfares. Their latest track “Maybe” can be seen below as well.

Greek heavymetallers AFTER DUSK have just released a guitar playthrough video for “A Corpse With A Smile”, another killer song from the new AFTER DUSK album “The Character Of Physical Law”. You can watch the video below