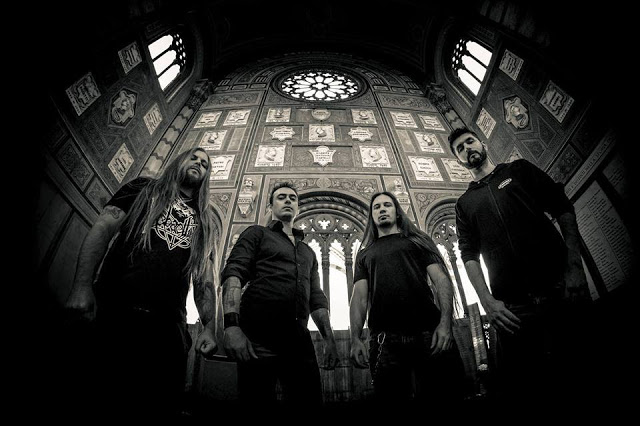 Italian Death Metal unit Antropofagus on Wednesday released new material from their forthcoming Comatose Music release “Methods of Resurrection Through Evisceration (M.O.R.T.E.)”.
The latest preview of the album comes in the form of a lyric video for “Chants for Abyzou.” Clocking in at just over four minutes, the song is one of nine burnt offerings
(alongside a bonus Malevolent Creation cover) that the band considers its most “old-school and evil” effort to date. You can check out the video below
Antropofagus returns on May 12, 2017 with an album of uncompromising godless ferocity! Five years after their highly praised Architecture of Lust release, this Italian death metal beast strikes again with Comatose Music release Methods of Resurrection Through Evisceration (M.O.R.T.E.), a journey into life, death, resurrection and the descent into the darkest depths of self.
Pre-orders are available at comatosemusic.com.
Track Listing:
1. Whirlwind of Initiation
2. Spawn of Chaos
3. Chants for Abyzou
4. Praise to a Hecatomb
5. Methods of Resurrection Through Evisceration
6. Omnipotent Annihilation
7. The Abyss (Chapter One)
8. Quintessence of Suffering
9. Deception of the Blood
10. Living in Fear (Malevolent Creation cover)