One of the greatest team-ups of all time – an intense, putrid – blend of Thrash & Death Metal is currently served by the US super band Create A Kill. Legendary members from bands such as Possessed, Vomitory, Exhumed, Megadeth, Malevolent Creation, Gruesome jammed and got their debut Album ‘Summoned To Rise‘ released by the Greek Label Repulsive Echo .

A ten-track manifesto in the dark vein of Morbid Saint, Sadus and Dark Angel. 30+ minutes of aggressiveness and death! 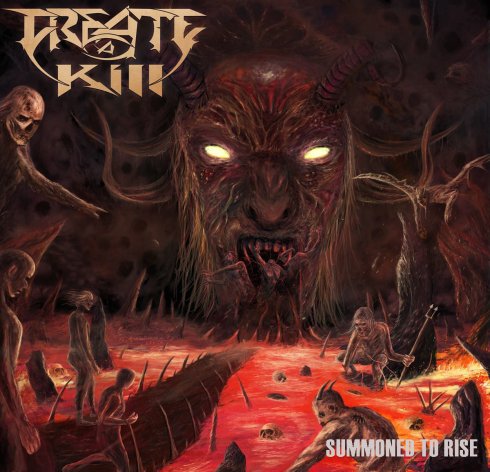