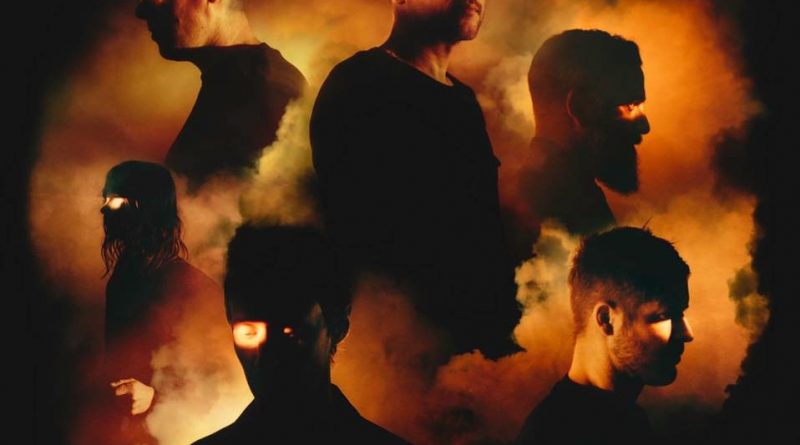 Cult Of Luna has released a new single, “The Silent Man” – the group’s first taste of new material under their sole name since Vertikal 1&2 (2013). The track will also appear on Cult Of Luna‘s new album, which will be released at the dawn of fall.

SACRI MONTI have today announced a European tour in support of their upcoming album – Waiting Room For The Magic Hour – which will be released via Tee Pee Records in July – pre-order HERE. The title track is available to stream below:

After four long years – during which these San Diego troopers have been out exploring and channelling their psychedelic riff-laden missives out into the world – the five-piece has united to deliver Waiting Room For The Magic Hour.

Over the past four years the band have taken twists and turns down different musical avenues allowing them to grow and develop as a band. On one hand they’re still the spaced out, jam-heavy beasts they always were, but on the other… you may not be expecting what could legitimately be labelled a ‘ballad’, nor may you be expecting a folk song as the album closer. But both are present, and both put a new spin on everything you thought you knew about SACRI MONTI.

Waiting Room For The Magic Hour’s title references the mundanity of life that we endure before something beautiful comes along and everything changes. Lyrically and thematically SACRI MONTI have taken a mature approach to notions such as choosing the right path in life and learning to agree a truce with oneself. That’s not to say that the tone is necessarily a dark one; moments of pure bliss shimmer through too; Wading in Malcesine is an ambient segue inspired by a day off on tour in Lago di Garda in Northern Italy.

Having gathered together inspirations, ideas and sections of tracks, much of the writing took place immediately before heading into the studio – and thriving on the pressure, further writing and reshaping happened in situ. Recorded during winter 2018/19 at Audio Design in their native San Diego, SACRI MONTIhave relied less on free-wheelin’ jams and sonic layering opting instead to focus on solid, well constructed tunes. The end result is Waiting Room For The Magic Hour – a record that is true to SACRI MONTI ’s roots, whilst taking things up a notch or five in the song writing stakes.

Back from their European tour with Wrong (USA) and soon before a new tour with Cult Leader and Birds in Row this summer, Swiss hardcore/noise rebels Coilguns are now focusing on their next record planned to see the light later this year.

In the meantime, the band just shared its whole discography (1 EP, 2 full-length album and 3 splits) for Full-Stream and Download (including “Pay What Your Want “option on Bandcamp. Below you can hear each one of these releases:

Coilguns is one of the proud flag holders of the 2.0 DIY scene since their inception in 2011 when they accidentally formed with the purpose of playing fast and simple music.

After releasing a first homemade EP – they sign to Pelagic Records and quickly the band becomes the main activity of its three members while in 2012 guitarist Jona Nido founds its own label – Hummus Records – counting until now more than fifty releases including all Coilguns music.

Recording their music live and uncut, generally written and recorded on the spot wherever they were at the moment, sometimes on the other side of the world when touringwith their former band, German post-prog-metallers The Ocean, Coilguns sums up a total of four EP’s and one full-length ‘Commuters’, including guest appearances from Pete Adams (Baroness) and Keijo Niinima (Rotten Sound) was released in February 2013 through Hummus Records // Pelagic Records.

In 2015 and over a hundred sixty shows throughout Europe and Australia, the band decides to take a break and write the follow up to ‘Commuters’. In January 2016, the boys rent out a secluded house on the country side of Germany and build up a full 16 tracks analog studio.
For a month, the three are on their own, writing, recording and mixing their second full length without any computer involved.

Despite all of them being busy with other projects (Louis Jucker solo, Closet Disco Queen, Kunz, Sombre Sabre…) Coilguns still performed  in  2016 @ Paléo Festival and hired a fourth multi-instrumentalist member adding  dimension to the band’ live setup with extra synths, percussions and backing vocals.

A year and a half after recording the second album, the band played a couple of warmup gigs in December 2017 including a show at the Scala in London supporting Oathbreaker. After that, Coilguns released their second full-length album with ‘Millenials’ (2018, Hummus Records) before to tour in Europe for several weeks.