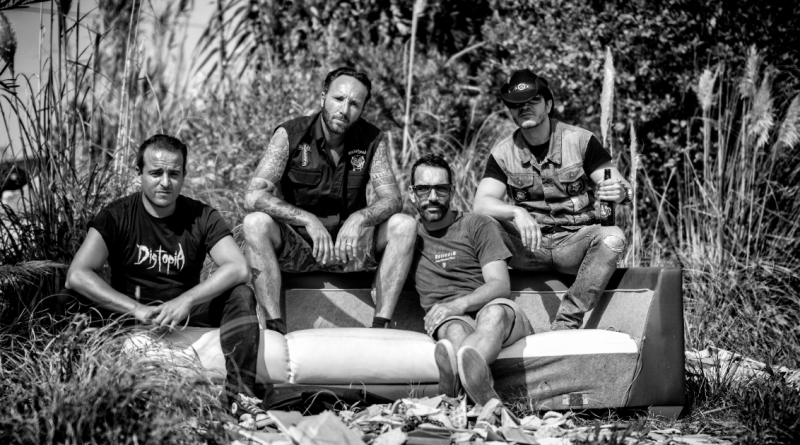 “Stand Up And Fight” will be the title of the third full-length from portuguese crossover/thrash collective Booby Trap, which is set to be released on March 2019 via Firecum Records and with exclusive distribution by Glam-O-Rama.

With 13 new tracks, “Stand Up And Fight” will feature special guests such as Lex Thunder (Midnight Priest/Toxikull) and Inês Menezes (Albert Fish, ex-Asfixia, ex-Nostragamus), among others.

Recorded and produced by the band itself in their own recording studio between September and December 2018, Booby Trap continues to showcase their distinctive crossover/thrash sound heavily influenced in the 80s and 90s scene, while applying technical elements that can be considered unusual for this genre.

Lyrically, the band continues to explore those segments of society which oppress the people. Other topics include the freedom of thought, religion, war, politics and pollution. Artwork was conceived by Deivis Tavares and, accordingly to Booby Trap’s vocalist Pedro Junqueiro, “it intends to convey that feeling of struggle against the established sedentarism, against everything that oppresses us, and the lethargy and comfort of modern times which doesn’t make us move our asses and fight for what is ours by right.”