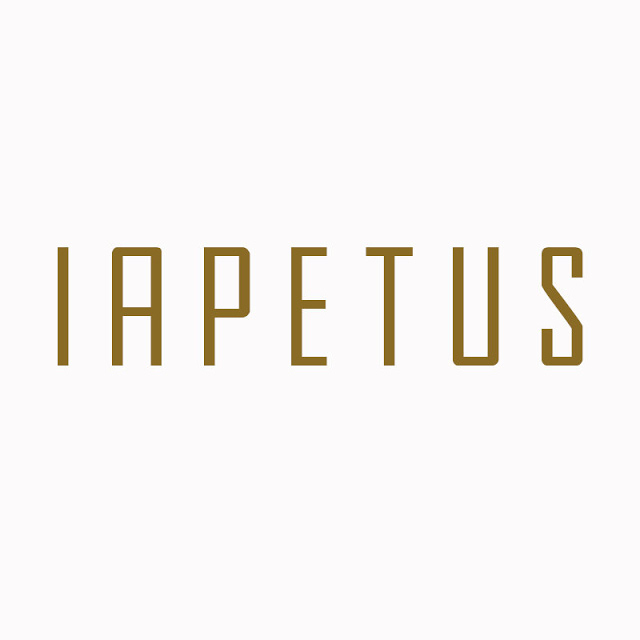 Iapetus is a name you should know. Really. They’re are the example of what we love in metal. The long and complex songs, the power of the guitars and their melodies and the overall feeling that you’re listening a masterpiece. “The Long Way Home” is their first album and it’s available in free download. Really. Free. Download. Anyways… Matt (vocals, guitars and bass) and Jordan (drum programming, keyboards and efects) were available to answer a few questions and that was an opportunity that we couldn’t miss. The result was even better than we expected and made us officially their biggest fans. Read on and see by yourself

WOM -I have to start by saying we were crushed by the quality of your debut album, “The Long Way Home”. Usually I would ask if you are proud with the final result, but it’s impossible not to be, after making a piece of art like this one, right?
Matt – Thank you, man! It’s awesome to hear that you enjoyed the record so much. And yes, we are immensely proud of what we’ve achieved. Though that wasn’t always the case. When you work on something for so long, in isolation, self-doubt and insecurity can become your constant companions. And naturally, as artists, we’ll never be totally satisfied—there are a million things about the record that I’d like to change, and certainly things that could’ve been done better—but we are incredibly proud of our work, regardless.
Jordan – We’re absolutely proud of the final result. We’ve worked countless hours trying to make this as great as it can possibly be, so we’re thrilled to see such a positive response so far. With that said, there’s always room for improvement, and this is only the beginning for Iapetus.
WOM – Other thing that I found amazing, besides the quality of your album, is the fact that you are giving your music for free. What are your main motivations for this option and do you think you will maintain it in the future? What if you are approached by a big label – considering the quality of your album, that’s not a big strech of imagination.

Matt – For starters, both Jordan and I make music as a hobby, not as a career—we both have full-time jobs, and so are not dependent on income from music to support ourselves. This freedom allowed us to focus entirely on what was important to us, which was reaching as many people as possible. We never had any delusions of grandeur or dreams of fame. After six years of work, and labor, and love, we just wanted people to hear the record, to react to it, to experience it, and we—given the current nature of the music industry—concluded that giving away our music was the best method towards that end. It was never about the money for us. We make music for the same reason we listen to it. We want people to be affected by our art the same way we’ve been affected by the art of others.

We do intend to maintain this approach for the entirety of the band’s existence. At the very least, our digital product will always be 100% free. The first batch of CDs for The Long Road Home will also be given away and shipped out for free—though depending on production costs and potentially rising demand, we might eventually ask for monetary reciprocation. It’s something that’s still being discussed.

As for the label—we probably would not sign, no. We’re very DIY. Almost to a fault. Never say never, though; given the proper terms and circumstances, I’m sure it’s something we’d consider.
Jordan – I’ve always been a fan of bands who create music without asking for anything in return. Ben Sharp from Cloudkicker is a big reason why I feel that way. Guys like him create music because they love it, not because it’s their job. Writing music is a passion of ours, plain and simple.

I’m not going to hold my breath for any major labels to contact us any time soon, but if that call ever comes, it wouldn’t be an easy decision by any means. Part of the reason I love this band so much is the freedom we have to do whatever we want, whenever we want. A typical record contract also brings deadlines, obligations, and other things that may get in the way of that freedom. WOM – Tell us more about Iapetus and your history.
Matt – The band was initially conceived as a one-man instrumental project. I’d started working on the first song skeletons and riffs when I was 18, but nothing, at that point, had managed to form into an actual song. In 2010—when I was 20—a friend of mine was working on his senior project as an audio production major, and he needed an act to record and mix. Those sessions resulted in the first two songs ever written for the band and for the record: “…Of Hangmen & Vertebrae” and “Savior Solitude”. The initial recordings of those can be heard on our Soldier of Eternity demo, which was released in 2011. It was released to a very limited audience, but received generally positive reviews. So I decided to pursue the Iapetus project a little more seriously.

As luck would have it, the session drummer I recruited for the demo was, at the time, in another band—Warborne—which also featured my now bandmate Jordan Navarro. He suggested that Jordan and I meet because of our shared interest in cinematic, atmospheric metal. A rare interest to have where we come from. We were complete strangers at the time, but nevertheless, Jordan came over my house, I showed him some early demos of “My Father, My God,” and “Lachrymae Rerum”—what were then just 10+ minute-long single guitar tracks, without drums or bass—and he fell in love.

We released our self-recorded debut EP in 2012, and it featured the other two finished songs we had at the time. It is also the last recording to feature session musicians. From there, we decided to continue on strictly as a two-man project, and we’ve worked tirelessly on the album since.
Jordan – After hearing some of the demo tracks Matt recorded with my old bandmates, it was an easy decision when he asked me to join the band. I already admired his songwriting and style of playing, so when he showed me more of the material he had, it blew me away. Since then, I’ve helped Matt tweak the songs into what they are today, and I look forward to many more years of collaborating with this guy.
WOM – About “The Long Way Home”, we can say it’s a concept album right? Because it sure does feel like that. If so, what is it?
Matt – Yes, it is. Generally speaking, the album is a reflection on the nature of man and his relationship to the universe. It encourages a kind of cosmic perspective; it encourages the acceptance of our own cosmic insignificance. The quote that opens the album—“we’re made of star-stuff”—is in reference to the fact that the chemical building blocks of all terrestrial life were initially forged in the hearts of stars. Man is quite literally a descendant of the cosmos, and The Long Road Home dreams of a future in which we will return to the stars from whence we came.

The songs themselves examine the nature of human existence from the smallest, most intimate of stages to the grandest, and the most abstract—each and all explorations contributing to the main concept from a different angle. “Savior Solitude” is essentially a conversation between a man and his own loneliness, whereas “My Father, My God” explores an alternate version of human history—one in which Jesus Christ realizes that his sacrifice has been in vain, and that there is no god, after all. The album deals frequently with religion, mortality, ontology, solitude, science, and space.

Jordan – Matt did an amazing job creating the theme of this album. I’m constantly impressed with his writing skills both musically and lyrically. We share a massive interest in science and space, so the “cosmic perspective” is something that permeates throughout the album, along with other religious themes and reflections on the human condition.
WOM – What are your main influences? Opeth came to mind but we can say that you have an identity well formed, do you agree?
Matt – Man, there are so many. If you listen closely enough, you’ll be able to pick most of them out—we certainly wear our influences on our sleeve. Opeth is a major influence, for sure. Other main influences include: Agalloch, Ne Obliviscaris, older In Flames, Dark Tranquillity, Alcest, Ikuinen Kaamos, Katatonia, Kauan, Wintersun, and Iced Earth—to name a few. I’m also heavily influenced by other mediums like film, literature, and video games. If we sound unique, it’s only because we have SO many influences, and we smash them together in a way that maybe hasn’t been done before.
Jordan – Also, we definitely wouldn’t exist without Metallica.
WOM – Do you consider playing “The Long Way Home” live even thought it’s a challenging piece of music or is Iapetus only a studio outfit?
Matt – As we are only a two-man operation, Iapetus is and will always be primarily a studio project. Our limited time and resources don’t allow for us to be a consistently performing or touring band. That being said, we would love to do the occasional live show. Should we find appropriate and fitting stage musicians, this could happen sooner rather than later—though, without the necessary resources, it would certainly be challenging to create live arrangements for songs that have so many layers, additional instruments, and effects. Like everything else we do, we would only play live if we were certain we could make it perfect.
Jordan – If we find some like-minded musicians to perform with, you can expect to see an Iapetus show at some point. But in the meantime, we’re putting all our focus on promoting The Long Road Home and writing new material to follow it up. We already have another album’s-worth of material in the works, but these things take time, especially when you’re a couple of obsessive perfectionists like we are.
WOM – What are your main objectives for “The Long Way Home” and for Iapetus as a band? What do you expect to achieve?
Matt – Our main and only objective is to reach as many people as possible with our music—to create a solid, engaged fanbase, and to connect with people who share a passion for this kind of material. We don’t expect to achieve anything—we’re surprised people even like it! The smallest comment on a YouTube video is more than enough recognition for us. Anything beyond that is just an incredible bonus. The reaction to our album so far has been nothing short of incredible, and no words can express our gratitude.
Jordan – We wanted to make a memorable piece of music. You don’t get a second chance to make a good first impression, so I hope people like what they hear when they listen to our album for the first time. If they do, we’ve already achieved everything we wanted to.