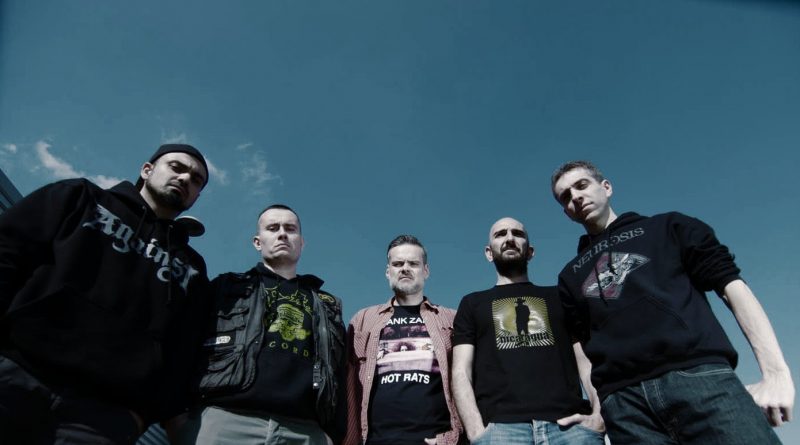 This is the ultimate CRIPPLE BASTARDS singles collection as it includes every single non album track the band has ever recorded since 1988, almost 2 hours of unreleased material including never heard before songs from a 2003 studio session, rare demos and live tracks.

Book 1 features tons of rare pictures documenting the history of the band from day 1 up to today, while the second one the complete lyrics of the songs included in the tracklists.

“This boxset is what we think is the most significant way to celebrate the Cripple Bastards’ 30th anniversary. It’s not a complete discography but rather a collection of ALL the (many) EPs/splits and compilation tracks, as well as a selection of unreleased material from the archives, put together in the best possible quality and attention to detail. 7″EP represents the most important format and expression channel through which CB found a way to develop and spread a message over the years, and played a vital role for us, especially in the first decade of existence. Back then the short length of this kind of releases was the ideal dimension to organize with our scarce technical skills and low economic resources those few minutes in which we could concentrate all the hate, repressed violence and what we had to say through the lyrics. The underground of DIY labels all around helping us putting them out and spreading them in every corner of the world has left a much more truthful and effective track than what it would have been to have all this stuff handled by a single “big” label of that time. The songs collected into this work are basically all the CB’s studio and live material ranging from the post-demo era to 2012, except the albums. This also includes every single compilation track. In putting together this boxset we paid particular attention to giving the right focus on what we think has been aging well for CB in 30 years: the (anti)musical content – so every session has been ripped and remastered from the original reels, DAT tapes etc following an endless feverish process, the lyrics and a selection of photos and flyers (most of what we found but of course – not all)”.

This amazing release officially starts the celebrations for the 30th anniversary of the foundation of the legendary grindcore band.