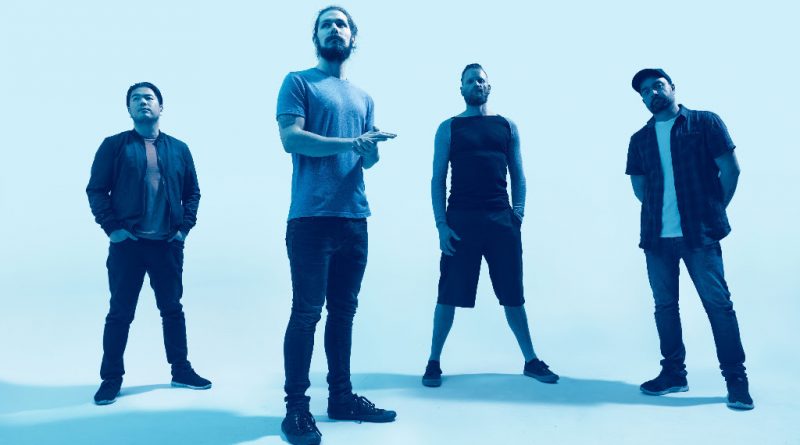 Circles sign to Season of Mist and release new track

Season of Mist are proud to announce the signing of CIRCLES. The Australian progressive extremists will release their highly anticipated next album through the label in 2018. As an introduction, CIRCLES are releasing a brand new track below:

CIRCLES guitar player Ted Furuhashi comments: “We’re stoked and honoured to be teaming up with Season of Mist. It’s been great vibes all round and we know they’re invested in our music as much as we are. It’s been a while but we’re ready to smash it and show you guys what we’ve been up to!”

VENOM INC. – the trio formed by legendary Mantas, the Demolition Man & Abaddon – is set to kick off the next stage of their »Blood Stained Earth World Tour«. The first part will lead them through Asia plus Oceania, before the band haunt the UK and European clubs with label mates SUFFOCATION, NERVOSA, AETERNAM and SURVIVE. In addition to presenting tracks from their debut album »Avé«, VENOM INC. will also perform a bunch of VENOM classics. Full dates below.

In anticipation of the aforementioned tour, VENOM INC. has unleashed a brand new lyric video for ‘War’ today. Check it out below

“AVÉ Legions… May I present our recent endeavour…our new lyric video for our album track ‘War’! This is an extended version for your enjoyment and precedes our current list of dates as we prepare to slay 2018! Starting in Japan and taking in Singapore, Bangkok, Australia, Tasmania and New Zealand before returning to the Northern hemisphere where we start a European double headline tour with SUFFOCATION in the UK… Enjoy the new video and get your tickets now… it’s gonna be a face melting tour I promise! ALL HAIL & AVÉ!”
Tony “Demolition Man” Dolan

BLOODHUNTER presents Official video for “All These Souls Shall Serve Forever”

BLOODHUNTER presents its second album “The End Of Faith” (Xtreem Music).The album contains ten new tracks and a Crystal Mountain’s Death cover. The band hails from Spain since 2008 and it´s fronted by DIVA SATANICA with her brutal, raw and refreshing vocals. This album is the natural evolution of the band playing extreme metal without neglecting guitar melodies.

DIVA SATANICA participated in the TV Show “The Voice”, surprising the coaches by singing screaming and growling, being the first contestant to perform this type of singing. The band has opened for bands like Hemdale (USA), Holy Moses (Germany), Avulsed (Spain), Ancient Rites (Belgium) or Nightrage (Sweden).