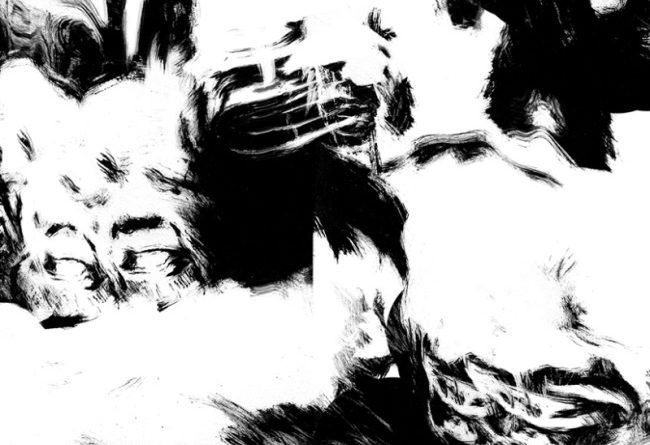 “Turba”, a Portuguese expression for “mob” or “rabble”, is Metadevice’s return to a more evident structured sense of composition, often rhythmically guided, combining a wide range of sounds from harsh throbbing synths, loops, electrified drones and even rusty-edged guitars to build sharp industrialized music. It’s also the name of

Driven by the intense vocals of Rui Almeida (experimental rock NU’s frontman), whose lyrics in both Portuguese and English merge his own words with appropriations from T.S. Eliot, Thomas Pynchon or Nathaniel West, this is an album about collective alienation, raving individualism and a deep dive into the hyperreality of our modern times. This mass movement is not a liberation, but an inexorable escalation of autophagic violence and atomization towards the void.

Released in a limited 8 panel digisleeve CD, fully illustrated by A. Coelho.