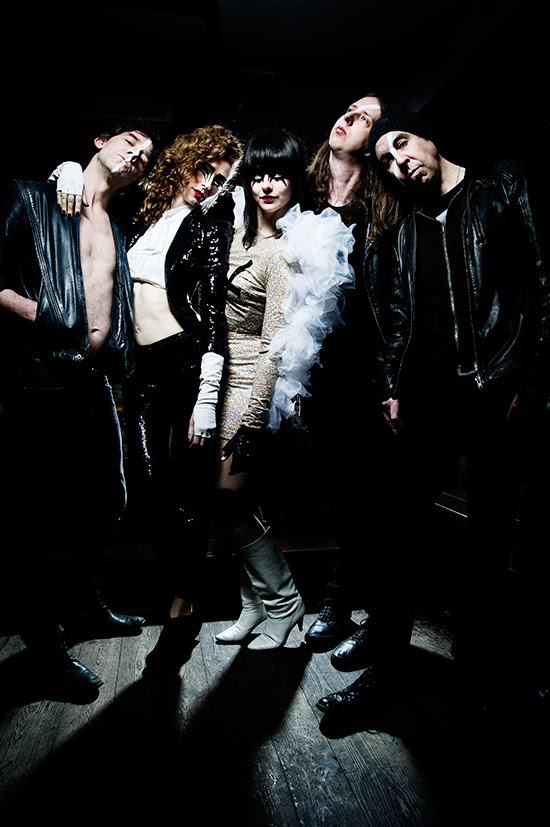 Photo credit: Ester Segarra
This April, Mother Feather dives deep into their sophomore album with Grammy-nominated producer Joshua Valleau (Kanye West, John Legend, Snoop Dogg, Common, Imani Coppola, Alice Smith). Legendary engineer Oliver Straus will be at the desk for principle recording at Mission Sound with Jay Ruston (Anthrax, Steel Panther, Diana Ross, Meatloaf) on deck to mix. On this upcoming full-length, followers of band will recognize several cuts from recent live shows, including the fevered call to love of “I.C.U.,” anthemic fan favorite “Constellation Baby,” and the infectious stomp of “Totally Awesome” (the record’s first single, which is slated for a spring release).
Regarding working with Joshua Valleau, vocalist Ann Courtney comments: “We started recording one of our songs with Josh a few years ago– I knew I wanted to work with him then because his ‘bad guy’ fearlessness and studio genius are so evident in all of his work. In the process of doing that record, it became obvious to me how deeply he understands the individual characters that create the sonic chemistry and unique voice of our band. He gets Mother Feather in a meaningful way and elevates our sound at the same time.”
In terms of what fans can expect from this upcoming album, Ann adds: “The newest songs for the album were written last fall and winter in the midst and aftermath of the US presidential election. The political climate and outcome were personally devastating, but it also re-ignited my sense of purpose. I locked myself away to write, face my depression, and stare down some uncomfortable feelings. Truthfully, I went to some very dark and lonely places. So there’s a lot of fever – and intimacy – in the new music. When I emerged from my self-exile, I discovered my band waiting for me on the other side, so there’s exuberance and catharsis there too. It’s good to have friends, ya know?! Together, the five of us worked to develop the songs and shape them into some of Mother Feather‘s best, most eclectic work yet. We couldn’t be more excited for this opportunity to continue our work with Metal Blade.”
Mother Feather released their self-titled album last year via Metal Blade Records; for their efforts, the group has garnered massive buzz for their unique brand of rock, vibrant Bowie-esque costumes and makeup, and enthralling live show. Having been featured on IFC.com, TeamCoco.com, and HuffingtonPost.com (who declared them as “a great New York City band in the tradition of Great New York City Bands”), Mother Feather was also named “new band of the week” by Metal Hammer, and has received much play on Daniel P. Carter’s Rock Show on BBC Radio 1. To preview and purchase Mother Feather, please visit: metalblade.com/motherfeather
Support World Of Metal
Become a Patron!