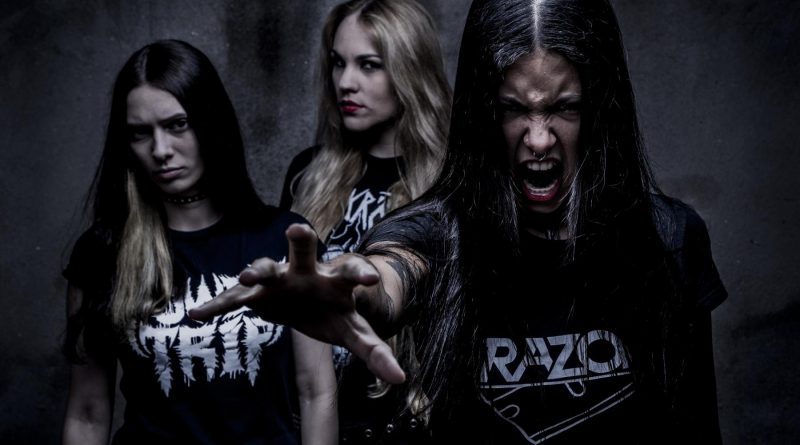 On June 1st NERVOSA will deliver their blistering slab of metal on Napalm Records. Get ready for the “Downfall of Mankind”. This Brazilian all-female thrash commando unit is synonymous with raw aggression and untamed power. They deliver a massive punch to the face and a kick in the gut on their albums, and when they take to the stage they are a force to be reckoned with. For their third album “Downfall of Mankind”, the trio joined forces with producer Martin Furia who has worked with artists including the likes of Destruction, Flotsam & Jetsam and Evil Invaders.

Fernanda Lira comments on the new album:
“We’re really happy about this new album. It’s a way more mature and aggressive record and we can definitely say it’s our favorite so far!” NERVOSA are currently on the road with Venom Inc. and Suffocation throughout Europe. A complete list of dates can be found below.

It comes as no surprise genre legends such as João Gordo (Ratos de Porão), Rodrigo Oliveira (Korzus) and Michael Gilbert (Flotsam & Jetsam) were thrilled to be studio guests!