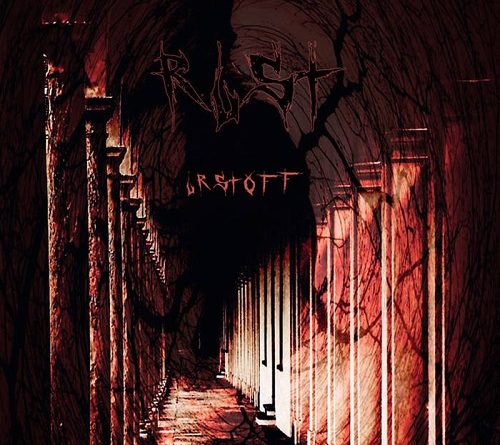 Rust founded by the original members of October Rust, a band that had split-up several years before due to the lack of a singer and started rehearsing again in 2015, eventually employing Jotun as their new stable vocalist.

A magical, evocative and enchanting work, as well as tragic, apocalyptic, cruel, painful, fatal, nefarious, violent and deadly … A unique and disenchanted vision of extreme music. A dazzling journey, almost blinding and inadmissible, leading to the discovery of a majestic and impressive record, whose roots are inspired by the first OPETH, SHINING and a post-KATATONIA taste.

However, this record has an ultra-personal vision, open and unique that makes RUST’s universe an unmatched experience.

1. The Bounteus Dearth
2. Graylight Contoured
3. No Place Like Death
4. Windumanouth
5. Scribed
6. Wounds of the Sunken Dawn

It was in the course of 2001 when Thordern, Loki and Hor started to play rough metal under the name of Lesmathor. After their first demo “The dark goes on becomes stronger”, they automatically reached a different musical style, also metal oriented but with more melodic and malinconic touch, that brought to a new monicker: October Rust.

The band guided by a new spirit, began to work on new compositions, that sounded more introspective and even progressive reminding in some way Opeth’s first albums. The coming of new singer Eldran in 2003, brought to a close in the style of October Rust, resulting in death metal without omitting old black metal influences. A few months later the band entered a recording studio for the promo “Dusk Promenade” that will see the light in december 2004.

Unfortunately personal factors led the singer to quit the band who decided to go on and look after a new singer to replace. Things got worse inside the band despite the efforts of finding a new frontman and the band broke-up.

A couple of years ago, former members of October Rust decided to do some rehearsals with the aim to sum up the old project and asking someone from the Skandinavian metal scene for a collaboration. The Band got in touch with different singers from the northern scene but it did not work. Even though they get downhearted, rehearsals continued and what came out was a little bit different and more immediate as the previous work since progressive elements were dropped off. This new found power brought the band to record the first album called “Urstoff” at the Gramarossa Studio in Turin and to rename the old monicker simply in Rust. Instrumental parts had been recorded, but no singer already found despite incessant researches. Rust was forced to give up the idea of ​​an external collaboration and get in touch with Jotun,

Working this way, Urstoff has been completed and mastered at the Hertz Studios in Warsaw in November 2015 where many metal bands from the mainstream and have not recorded and mastered at least one of their works.