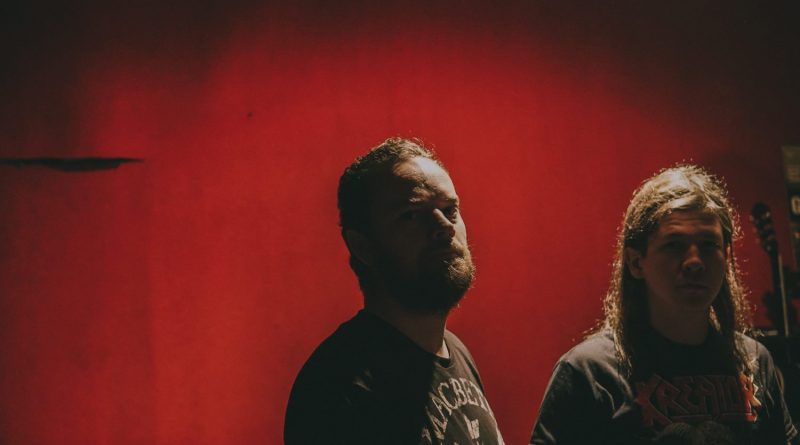 New album “Magnetism” was released in March 23rd, 2018. Band is hitting this April with noise-rockers Barren Womb (NO) and JABBA (NO) with 18 concerts all over the Europe.

Talbot, the heaviest duo on Earth (and beyond), has been conquering the world actively since 2008.

With Magnus Andre on bass guitar, synths, vocals and Eugene Mikhaylov on drums & vocals, this duo from Estonia’s capital Tallinn, has created a unique sound of their own – massive, atmospheric and noisy with a nice amount of psychedelia on top of it.

Talbot’s second album “Scaled was released in April 2013 and has already gained a lot of feedback from the listeners and reviewers.

The duo finished their yet another European tour in May and among the other festivals also played at the Roskilde Festival 2013 (DK) and Rock The Beach 2013 (FI).

“Talbot is now a force to be reckoned with in the realm of extreme music.” Scaled is a brilliant album and one that will be called classic in the years to come. eats.” (The Sludgelord)

“All six tracks on Scaled offer excellent listening and varying dynamics and I can not recommend it enough. I expect to hear from the doom duo and if you’re into something different do not hesitate.” (Phil Johnston / Echoes and Dust)

“Back at Von Krahl, Talbot has whipped up a thunderous sound. The drum kit took up half the stage, behind them sitting heavily tattooed, utterly solid percussionist Jarmo Nuutre, who beat his instruments within an inch of their lives with pummelling brutality and an (John Rogers / The Line Of Trance), and a double vocal played a melodic rock vocal off against Nuutre’s guttural doom-metal roar. Best Fit)

“Talbot was awesome. Besides the guys looked exactly like the guys who drink beer in the shower, which is awesome.” (Juuso Vermasheinä / Flockified)