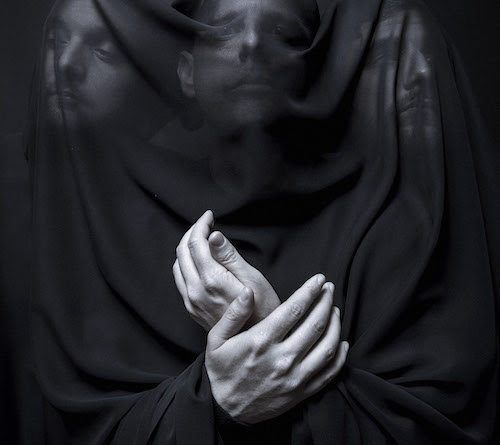 Brooklyn-based instrumental trio Sannhet have announced their third full-length album which is set for release on August 25th via Profound Lore Records.  Titled So Numb, this 9-song collection was recorded and produced by Peter Katis (known for his work with Mercury Rev, Interpol, the National, and Oneida among others). Working with Katis, the production illuminates a more open sound for the band. While Sannhet’s second album, the critically-acclaimed 2015 LP Revisionist, was bigger and harsher than their 2013 debut, here they offer a more wistful, melodic approach on So Numb.  Today, the band has unveiled the album’s soaring first single “Way Out” which can be heard here.
Though Sannhet meditate on life’s imperfect escapes, So Numb’s nine songs showcase the band facing life’s pain and joy with their eyes wide open. The album’s emotional landscape is one of existential dread, melancholy, and loss – ammunition for escapists. Despite these existential conundrums, So Numb has an uplifting, euphoric feel and showcases what Sannhet does best: moving between extremes to create a dynamic that feels both climactic and anticipatory, dramatic and comfortably calm.
Sannhet have always been hard to classify.  Since 2010, the trio’s played instrumental music that’s heavy and light, cinematic and intimate, dense but minimal. You could call them “post” something,  “experimental metal,” or “math rock,” but none of that’s quite right and the band has thrown another wrinkle into the mix with So Numb. While they don’t write lyrics, they do write subtexts. They pen love letters, extended epistles, and suicide notes, all without words. With So Numb, Sannhet create a new world out of very few ingredients.  Since their inception, Sannhet toured the United States several times over with bands such as Liturgy, King Woman,  A Place To Bury Strangers and more, and have played highly coveted sets at Basilica Sounscape, Northside Festival, Hopscotch Festival, Tinnitus Music Series, NXNE and so on.
More news regarding So Numb will surface soon.  In the meantime, pre-order the album directly through Profound Lore here and see Sannhet this August in Brooklyn:
Support World Of Metal