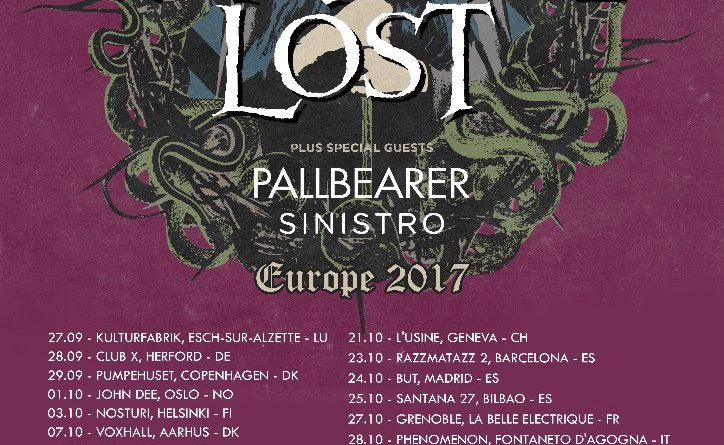 SINISTRO are releasing a cover version of the PARADISE LOST track “Nothing Sacred” in advance of their tour with the insular death doom legends. The cover will be included on the limited vinyl edition of Portuguese Fado-rockers’ forthcoming masterpiece, ‘Sangue Cássia’, which is scheduled for release on January 5th.

SINISTRO‘s “Nothing Sacred” cover is streaming below

SINISTRO comment: “Now, we are about to start to hit the road with PARADISE LOST and this is a dream come true for us. PARADISE LOST had a great influence on us, when we started to grow into heavy music. ‘Gothic’ was our first point of contact and they were opening for SEPULTURA in Lisbon in 1994. It is quite an honour to be invited to join them on tour and we are very excited about it. We have created this cover of ‘Nothing Sacred’ as a tribute to show our appreciation and create a connection to our music. We hope that you will check us out and that we will see you on tour!”

PARADISE LOST frontman Nick Holmes adds: “This song was always a favourite of mine from the ‘Host’ era, not an obvious song to do, so it’s nice to hear a different take on it!”