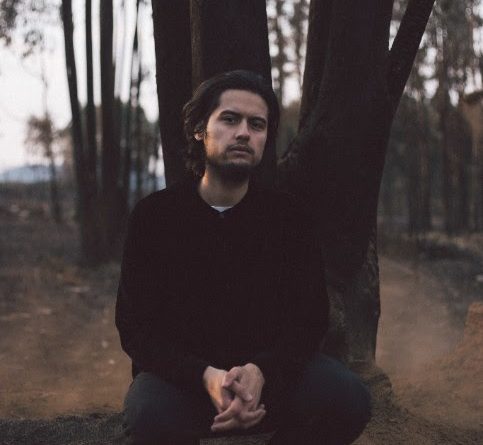 The artist’s journey is often sparked by the worst circumstances begging for urgent release. Spiralist was born out of such circumstances: as a result of the slow death of his former band and years of experiences with depression and increasing bouts of anger, Bruno Costa locked himself inside his small apartment in Porto, Portugal, for two weeks to exorcise it all, building the backbone of an album that would take up all his focus from then onward: “The album was initially conceived as mere therapy, but the more of myself that I poured into it, the more it grew in emotional importance… it became absolutely necessary not just artistically, but for the sake of my sanity as well. I think it saved me, in many ways”.

Written, recorded, mixed and mastered by Spiralist himself, “Nihilus”, his debut album, tells the story of an unnamed character who is gradually corrupted by the album’s eponymous entity on a physical, psychological and even moral level, in a metaphorical tale which mirrors the effects of depression itself. Sonically, the album is as much of a grim ride as its lyrical concept, evenly employing both heaviness and atmosphere with elements from Black Metal, Doom, Hardcore Punk and Ambient. The title-track opens the album with a sinister crescendo that creeps up slowly until culminating in furious instrumentation and screaming, only to continuously transition into a mournful depiction of the loss of one’s inner light. “Blood Moon” converts a biblical prophecy into a poetic description of the corrosive effects of depression on all levels, while “The Fires Of Confession” laments the desintegration of relationships that were once meaningful. The 15-minute plus behemoth that is “Black Hole Man” goes from Post-Rock meets Spoken Word to Post-Metal, into Progressive Metal, into Trance Rock, into synth ambience, all in one cohesive package of disorienting twists and turns. At last, “The Deepest Abyss” details the final, irreversible surrender of one to darkness, in a funereal dirge of doom and gloom, and ending on a pessimistic note: “There is a final destination: we walk all over it everyday!”.

“Cursed to wander through the barren lands of nothingness in search of something beyond the dusk” – Spiralist, “Nihilus”

Despite a pure “Do It Yourself” approach to album’s musicalconception, “Nihilus” is complemented by artwork by Joel Costa, Spiralist’s father, freely projecting his interpretation of the album into a canvas. The album’s multimedia components were also created by the team Mestria (consisting of André Constante Carvalho and Alexandra Santos) and Jéssica Barros.

In the end, however, “Nihilus” is all about release and healing through venting with emotional honesty and bravery. “I’ve always had a tendency to shut myself off from the world around me, to the point of having to spend about 10 years in psychologists when I was a child and a teenager… I quit that and the medication I had around the time I wholeheartedly gave myself into my music, and I’ve never looked back. I’m not saying you should do it as well… but I’ve found that I communicate better through making music. And becoming Spiralist, as well as writting “Nihilus”, has turned into a process of myself coming into my own both artistically and personally”