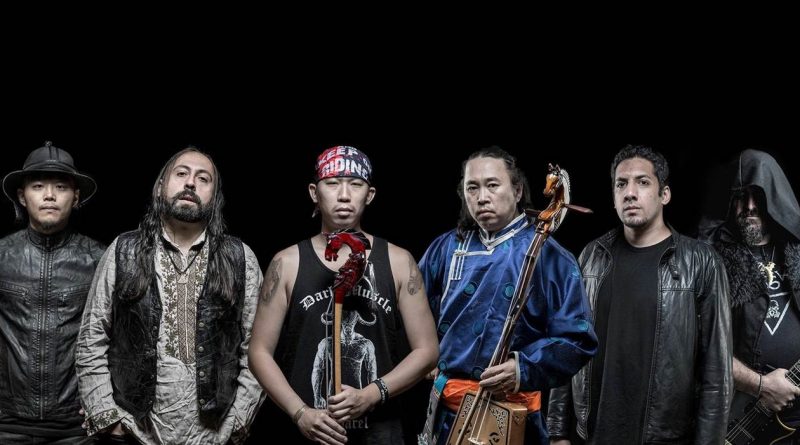 Hailing from New York city, with their exotic mix of throat singing, the Mongolian fiddle and Central Asian instruments, TENGGER CAVALRY have signed a worldwide deal with Napalm Records!

TENGGER CAVALRY, or “the army of sky god”, is not just a Billboard-featured metal band, but also the symbol of nomadic warrior spirit that connects fans from all over the world. Since the band formed in 2010, TENGGER CAVALRY successfully completed two headlining tours across over 40 cities of North America, performed at legendary venues such as The Marlin Room at Webster Hall or the Whisky a Go Go, a sold out show at Carnegie Hall and have been featured on CNN, the New York Times and The Wall Street Journal. To this date, TENGGER CAVALRY have released five full-length albums, two EPs and numerous singles, including unique cover interpretations of classics such as Motorhead’s ‘Fight’.

Says the band about their recent signing with Napalm Records:
“We have always been huge fans of Napalm Records. Growing up listening to lots of the bands that signing to the label, we are just so inspired by the musical ideas of the label of how progressive and heavy the sound it presents. And now we are honored to be part of the Napalm Records family and can’t wait to share our nomadic folk sound to the new community!”

Set for an album release in early 2018 but to shorten your wait, TENGGER CAVALRY have now released a first lyric video to the single ‘Ritual And Redemption‘, taken from the band’s upcoming album on Napalm Records! Dive into the nomadic folks sounds of TENGGER CAVALRY below: