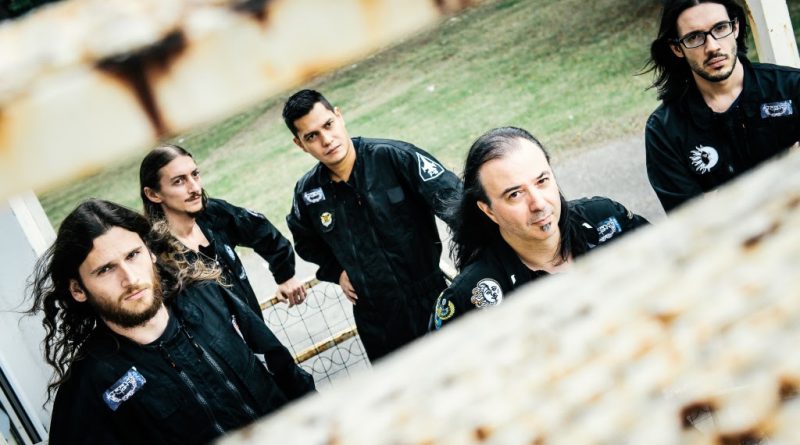 The band has now released the official video for the single “Poison”, directed by Joël Baud, which you can enjoy here:

Vocalist Gérard Fois about the song and the video:

“Poison” is a song we already tested in 2013 during the Euro tour with Circle II Circle and Nightmare, and at the time I remember very well the people in the crowd singing the chorus by the end of the song without having listened to it before! I knew it was a potential single from then and like a poison, the chorus spreads in your head instantly! This video is quite direct, in your face, no thrills and presents the band as it is on stage! The music speaks for itself.

“Retrofuture” was mixed and mastered by Gérard Fois at Morphoenix Studio, who also created the cover artwork along with Mirowshka.

Vocals with a great range, stellar musicianship, catchy yet interesting songs with a great sound are the main ingredients that make “Retrofuture” ETERNAL FLIGHT’s most mature album to date! It’s a hour-long album with no fillers that should cause quite a stir within fans of the genre!

French black metallers AOSOTH reveal a new song in anticipation of their  fifith studio album “V: The Inside Scriptures”, due out on November 17th via Agonia Records. Listen to “Silver Dagger And The Breathless Smile” below:

The melodic metal band WITHIN SILENCE just released a music video for “Children of Light”, the second single from their new album “Return From The Shadows”.  You can see it below:

“Return From The Shadows” will be released on October 27th in Europe and North America through Ulterium Records.

“Return From The Shadows” is a perfect follow-up to the debut album “Gallery of Life” and feels like a more mature and focused album. The impressive song-writing and melodies are still there, and together with heavy riffs, symphonic arrangements and epic parts the result is a really strong album!

The album was mixed and mastered by Roland Grapow [Masterplan, ex. Helloween] and the artwork was created by Jan Yrlund [Delain, Apocalyptica, Korpiklaani]. “Return From The Shadows” is a perfect album for fans of bands like Theocracy, Sonata Arctica and Stratovarius!