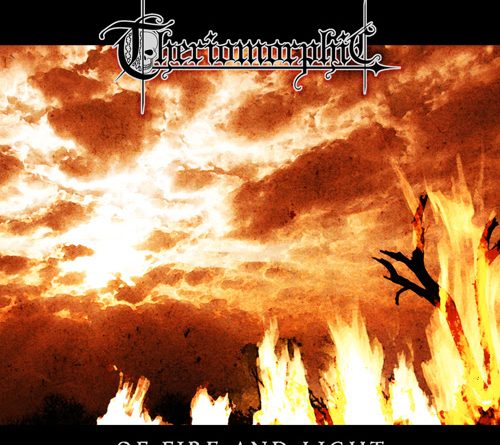 After some setbacks, death metal masters Theriomorphic’s new EP intitled “Of Fire And Light” will be finally released on the 23rd of April. It will be initially a digital edition, with layout and lyrics, for free download. After it should have physical edition yet to be determined.

The EP counted with the collaborations of Daniel C. (Tod Huetet Uebel), Ivo Martins (Grog) and Miguel Tereso (Primal Attack/Demigod Recordings). It was recorded and mixed by Ricardo Queluz on the QB Rock Studios.

It will be released by the label Dethstar Digital, department of digital editions of Dethstar Wreck’ordes, that already released Theriomorphic’s second album, “The beast Brigade”, in CD and co-released the tape version of their first album, “Enter The Mighty Theriomorphic”, that celebrated the tenth anniversay of the original release. “Of Fire And Light” can be downloaded freely after 23rd April in the following links: