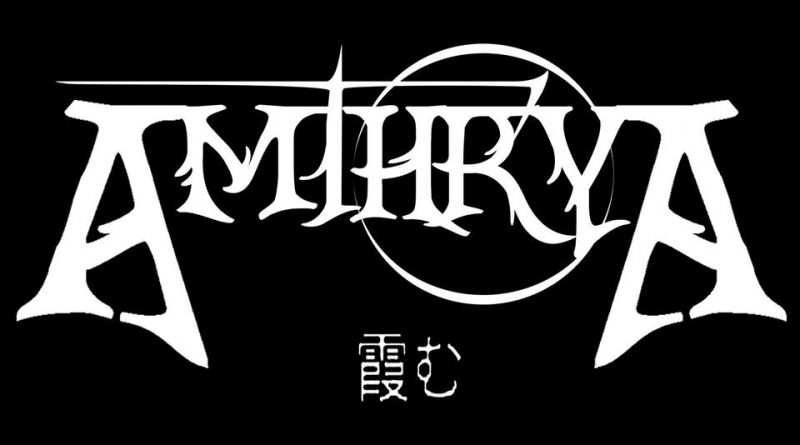 Amthrya was born in 2004 as a one man band project from an idea of Barry. In 2012 came out the first album “Authentic Way” by the label Depressive Illusion. It’s a cd and a tape that has for theme suicide in a surreal context, with a symphonic black metal sound. In 2016 Barry has started the composing of the album “Incision of Gem”, pointing new sounds more near on Black Death metal. In August 2017 Kasumi Onryo became the new vocalist and actually Amthrya has found a drummer and a bass guitar to complete the formation of the band. Soon the names of the other members and the complete formation will be revealed but for now and in exclusive the lyric video for the song “Anesthesia Survival” can be watched below.

Colin Marston has released a remarkable play-through video for the complete ‘Pleiades’ Dust’ EP via his own YouTube channel. You can admire the GORGUTS master of bass working his six-stringer at the video below.

egendary Greek black metallers VARATHRON are working on their sixth studio album “Patriarchs Of Evil” and today they have released the first video from the recording sessions. Watch drummer Haris record drums at Infinite Loop Music Studio in Ioannina (Greece) and hear fragments of new pre-production songs below:

“We are very excited to announce that the recordings of our upcoming album “Patriarchs of Evil” have come to an end and we are already in the mixing process! Drums were recorded once again at “Infinite Loop Music Studio” in Ioannina, Greece. In the video you can see some great moments capturing Haris’ performance. Rest of the recordings took place at “Crown Audio Conspiracies” along with the mixing and mastering of the album which is scheduled to be delivered to Agonia Records this December. The cover artwork is in progress by master Juanjo Castellano – well known for his amazing art and previous work with Varathron.

“Patriarchs of Evil” contains 8 tracks and we promise that it will be a true heavy, blasphemous and unique masterpiece. 2018 is our 30th year anniversary and we plan to make it really, really special!”