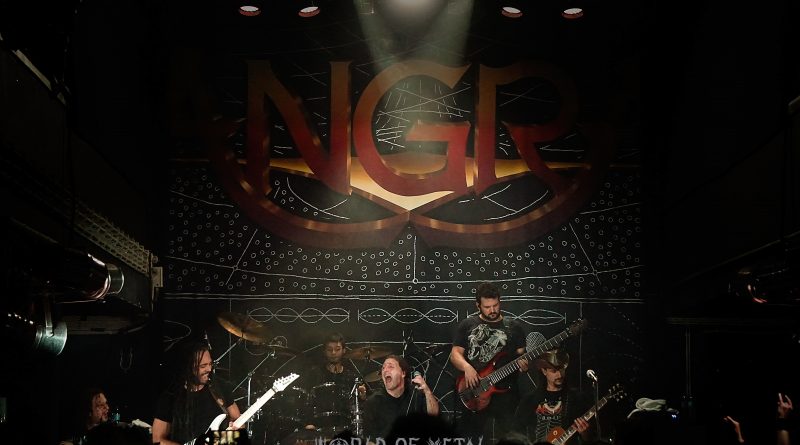 After having premiered four video clips for the album “Ømni”, such as “Black Widow’s Web”, “Insania”, “War Horns” and “Light Of Transcendence”, Angra returns in 2019 with a big bang: a new video clip for the song “Magic Mirror”, a very iconic composition from the most recent album.

Inspired by the acidity of Rafael Bittencourt’s questioning lyrics, the director Pedro Jorge worked on the screenplay for “Magic Mirror” and portrayed its topic with subtlety and poetry. The video clip includes the presence of Jaqueline Oliveira and Jéssica Batista, two professional fighters and real warriors in their own lives.

The reflection from the magic mirror reveals that what bothers us in other people is in fact what we need to learn and understand about ourselves. Foes and people that we don’t have empathy for give us the opportunity to discover a shocking pathway of personal growth.

“For this video clip I wanted to show that what we see in the others is actually something inside us,” reflects guitarist Rafael Bittencourt.

“Filming the video clip for ‘Magic Mirror’ was really important to the band because it’s one of my favourite songs from the new record and also because I thought that it had to have a video clip that represented it. We recorded it in a very nice and creative location and I especially like the fighter scenes in the end that show that they’re only one person,” explains bass player Felipe Andreoli.

Fans already consider “Magic Mirror” as one of the classics throughout all of Angra’s history. It combines the traditional heavy metal formulas, the band’s trademark sound and the unmistakable voice of Fabio Lione.

“Ømni” is Angra’s 9th studio album, a result of months and months of hard work and blood, sweat and intense dedication. Produced by Jens Bogren, the concept album is a mark not only for the band but also for the Brazilian metal scene.

Angra is getting ready to start 2019 with a lot of work. Soon, information about new releases, festivals and tours will be shared with the fans.

Alter Ego is the band’s second full length after their amazing and highly received first release Transmutation in 2014. The video release and the upcoming album are not all Tempest Rising has in store for 2019. They have just announced the tour dates for their first European tour “Trippin Across Europe”. And the boys take the title serious traveling to Germany, Poland, Lithuania, Latvia, Russia, Ukraine, Bulgaria with the final destination Greece to promote their album and music across music. Take a Breath, check out the video and catch the boys on the road!