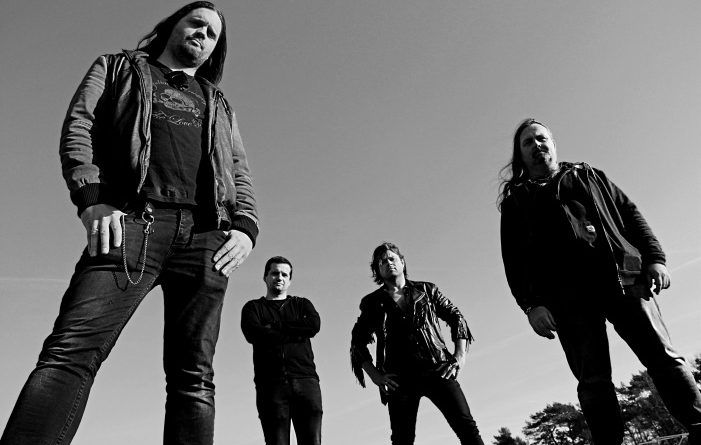 Danish heavy metallers AnoxiA release today a new official video, for the track “Take Down The Mountains”, which you can see below in an exclusive premiere by World Of Metal.

“Take Down The Mountains” is a new, standalone song that AnoxiA will release exclusively in their label compilation “Heavy Metal Rokc Vol. 1”, which comes out in March in vinyl format via From The Vaults. The idea for this new song first came from the label’s CEO, Michael H. Andersen “I know your rehearsal facilities are shut down, all your concerts and festivals are canceled and the society is in total lockdown due to COVID-19… But hey, how about writing a face-melting new heavy metal single, record it and send it to me ASAP?”, he said in early spring 2021.

The words from the CEO and the challenge became an instant catalyst and a well-placed adrenaline injection for the band who was semi-hibernating due to COVID-19 restrictions.

Lars (Vocals/Guitar) elaborates: “It was indeed a kick in the ass for the band and the whole process of creating the song was absolutely magic. A song that really represents what we stand for as a band and we’re damn proud of it. The song – and video – really reflects our frustrations in those dark times both as a band but also as frequent concert and festival guests and I believe many will identify themselves with the lyrics”.