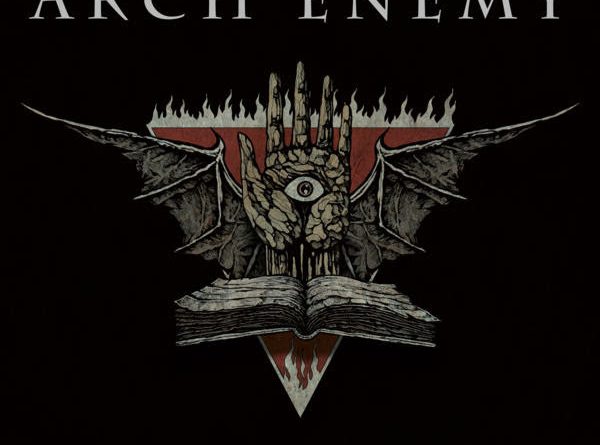 “Growing up, I guess I was what would be considered the “different kid”, the odd one out at school etc. I fled into my own shell and the music that I loved. Not having a lot friends and not being popular made me who I am today. My passion for music is really where I found my identity and also the strength to pull through those not always so easy times as a young teenager. Luckily, I was always obsessed with music, I had a lot of ideas for starting a band even before I hit puberty! When I finally saved up enough money to buy my first guitar at the age of thirteen I started creating my own songs immediately and started my first band soon thereafter. I haven’t stopped since. Music has been with me every step of the way through life and is still, to this day, my best friend and greatest passion. I’m sure a lot of people out there feel the same way. “Reason to Believe” is a song that was born out of reminiscing about my own youth and also the stories from our fans around the world. This one’s for you… Always keep on fighting my friends!”

A strictly limited, hand-numbered 7inch single and a digital single for the song are available now through Century Media Records! Both formats, physical and digital, feature the cover song “Shout” (Tears For Fears) as a b-side!

All different formats of the single are available for purchase here:

Two-time Grammy-nominated and millions-selling progressive music titans Dream Theater have released the first song from their recently announced 14th studio album, Distance Over Time. “Untethered Angel” is the first new song from the album slated for worldwide release on 22nd February, 2019. The new single is quintessential Dream Theater and takes the listener on a musical journey that cements the band’s place as the premier progressive metal band around today. Watch the video for the new single here:

During the writing and recording process of D/T, ‘Untethered Angel’ was known as ‘Song 4’ to all of us as it was the 4th song written during the sessions. However, there has always been something about this track that just begged for it to be the album opener, even long before all of the songs were written,”explains John Petrucci. “Fear is something that rears it’s ugly head at some point or another in all of our lives. Fear of the unknown, fear of taking chances, fear of making mistakes. If we are not careful, it can be debilitating and sadly prevent us from realizing our true potential. The world we live in can be a scary place and the thought of an uncertain future a terrifying notion, especially for today’s young people. Untethering from that fear and giving yourself up to the future’s countless possibilities is what will ultimately set you free.’”

Distance Over Time showcases a newfound creativity for Dream Theater while maintaining the elements that have garnered them devoted fans around the globe. The album also marks the first for the band’s new label InsideOutMusic / Sony Music. The artwork was created by long-time cover collaborator Hugh Syme (Rush, Iron Maiden, Stone Sour). Distance Over Time was produced by John Petrucci, mixed by Ben Grosse and mastered by Tom Baker.

You can get your copy of ‘Distance Over Time’ doing the pre order of the album here:

Music video features oppressor and his victim, young woman (played by Polish actress Magdalena Wasylik). Videoclip was directed and produced by WellDrone crew. The band members talks about their new video: “From the beginning, we were determined for the scenery of the abandoned place. We think that it reflects the atmosphere and the concept of our song. When it comes to the technical aspects, our producers deserves for some good word. Working with them was a pure pleasure. True professionals. Of course it took all day to take some nice shots and in the evening we were totally exhausted, but all video has been made in one hundred percent in line with our assumptions. We are looking forward to work even harder to record our debut album”.
TRT was formed in 2016 in Poland, and worked very hard over the last 2 years. In the 2017 they released official single called “Jeden”. The band has also announced the release of their full-length album in the beginning of 2019.
Line – up:
Darek Dolny – Vocals
Mateusz Simiot – Guitar
Jan Nowak – Bas
Artur “Artie” Woźniak
FB:   https://pl-pl.facebook.com/therattrappl/