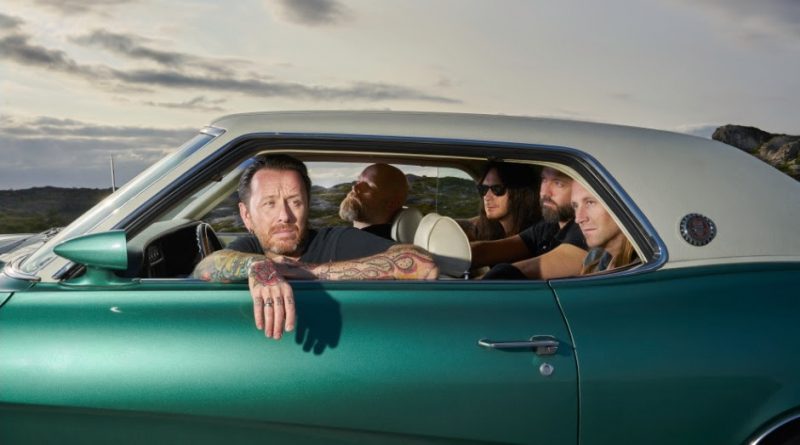 AUDREY HORNE will be back on the road with their new beauty “Blackout” in January 2018 – as a brand new release and for a tour throughout Germany, France, the Netherlands and Switzerland as well. Now the band delivers a kick-ass live video for the first song from the new album entitled “This Is War”which is a massive rock`n`roll party!

AUDREY HORNE states on the first track release “This Is War”:
“We are proud to soon be able to release our new album Blackout, and to give you a taste of what’s to come we are doing an early release of the opening track “This is war”. We are first and foremost a live band so we have added some images from our life on the road to accompany it. Hope to see you as a part of this when we start our tour in January.
Stay classy,
Audrey Horne. “

Lend your ear to the thundering Iron Maiden leads that “This Is War” has to offer and watch the video here:

CORONATUS are going to release their new album “Secrets Of Nature” on December 8th via Massacre Records. You can now listen to the new single “Mountain Sky” here:

The album was mixed and mastered by Markus Stock at Klangschmiede Studio E. Jan Yrlund / Darkgrove Design is once again responsible for the cover artwork.

CORONATUS new album “Secrets Of Nature” will also be available as a limited edition digipak with a bonus CD that features all songs as an instrumental version including the orchestral and choral parts. Pre-order the album here: https://massacre.lnk.to/secretsofnature

Comments Hamferð on the new album: “‘Támsins likam’ is a natural progression of the Hamferð sound, and we feel that it is our most special and cohesive work yet. Even more so than on previous albums, we have sought to create a full musical epic; inspired among other things by classical symphonies and progressive concept albums. It should be obvious that we are extremely excited to start performing this new material on the road.”