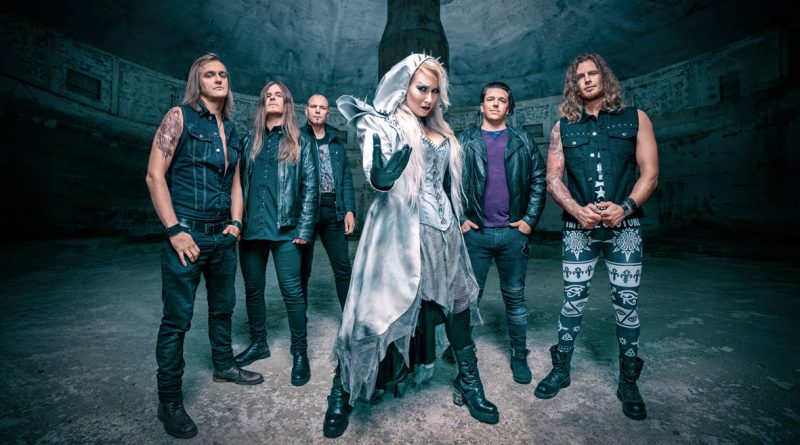 When recently announcing their fifth studio album »No More Hollywood Endings«, which will be unleashed on March 22nd via Nuclear Blast, Finnish heavy metallers BATTLE BEAST promised fans a taster of their new offering at the beginning of 2019 – and the group has kept true to their word! Packed with extravagant melodies, the official music video for the new album’s title track provides the perfect visuals for the song’s meaningful message. Directed by Markus Nieminen and produced by Oy Routafilmi AB / Tuotantoyhtiö Legenda, the official video for ‘No More Hollywood Endings’ can be viewed over below:

Keyboardist Janne Björkroth comments on the track, “The song tells a story about living up to other people’s expectations and becoming a kind of a sidekick in one’s own life. Hollywood conventions and media set unrealistic expectations and narrow ideals about such things as beauty and happiness, and it’s easy to get lost while trying to fit the mould. The song claims that there isn’t a universal pattern for happiness, but everyone has a right to be respected as they are and live a life that suits for themselves. It’s a hymn to individuality.”

Bobby “Blitz” Ellsworth comments, “Head of a Pin” took a long time to come together, it is probably the tune that went through the most changes and the last one I finished. Looking back on it’s development, the time invested was all well worth it. The tonality of the guitar shines on it and the song goes ‘other places’, traditional with a touch of the down-low-dirty riff, and a sing-along chorus…personally, one of my favorites offThe Wings of War.”

Pre-order »The Wings Of War« now digitally and receive “Head Of A Pin” and “Last Man Standing” instantly or stream the songs: http://nuclearblast.com/overkill-thewingsofwar

Formed in the mountains and trails of rural Connecticut, Murmur is a new dark-alternative-folk project from the creative minds of hardcore veterans Peter Morcey (100 Demons, Forced Reality) and Ryan Patrick White (Call It Arson, Jagged Visions). Pioneers in the underground CT hardcore scene, the duo has united for a complete departure from their roots with a dark, moody musical journey built on acoustic guitars with gorgeous harmonies, orchestral strings and subtle instrumentation.
Now, Murmur has released their first new song, “Funeral of the Hunt,” from their forthcoming, debut album, The Boundless Black, that’s due out in a few months.  Further details of the release forthcoming. Stream the song now at below:
“Though clocking in as the shortest song on The Boundless Black, “Funeral for the Hunt” encapsulates everything Murmur. Dark lyrical content with light at the end, melancholy string arrangements and timeless harmonies with a classical influence. It was one of the first songs we had written together and one that is up there as a favorite. “
The Boundless Black is a slow burning and haunting journey through love, loss and ancient folklore…all the while the light of beauty and grace shining through. A lush tour through the cold, dark winter of life, while staying devoid of fear and riding tandem with faith and hope. The album is a stark masterpiece of mood and chilling melodies, reminiscent of acts like Tom Waits, Mark Lanegan and Death In June.
For More Information:
http://summonmurmur.com