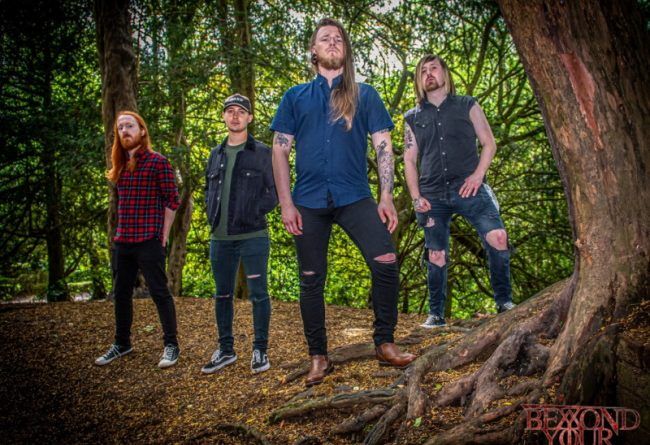 After releasing the debut album “Together We Rise” and the follow-up single “Into Oblivion”, UK Melodic Deathsters Beyond Your Design come back with a cover version of Black Veil Brides classic “Fallen
Angels”! This song was just meant to be something for the band and fans to enjoy, but the guys from East Midlands were so happy about the final result that they decided to release it, together with an orchestral version of the song “Need You Now”, appeared in its original version on “Together We Rise”. Watch both videos below, in a World Of Metal exclusive premiere:

Formed in early 2016, Beyond Your Design is a four-piece Melodic Death Metal band. They have built a reputation on intense live performances and songwriting that speaks to the audience through relentless
drums, head-crushing riffs, powerful guitar melodies, and snarling lead vocals. The band finds its influences from metal giants Arch Enemy, Darkest Hour, and Trivium. “Fallen Angels” has been produced, engineered, and mastered by Oliver Nelson and Callum Parkin.