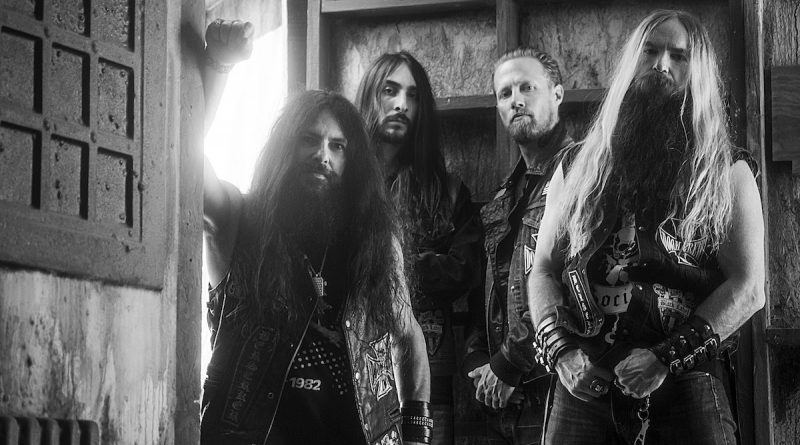 Black Label Society will release their tenth full length titled Grimmest Hits on January 19, 2018 via Spinefarm Records. The new effort will be the highly anticipated follow up to Billboard Top 5 charting titles Catacombs of the Black Vatican (2014) and Order of the Black (2010). In-between then and now, Zakk Wylde released Book of Shadows II, the long awaited follow up from his 1996 solo debut of the same name, which debuted at #18 on the Billboard Top 200 Chart.

“Room Of Nightmares” is available on all digital service providers and streaming services today. The track is also an iTunes instant gratification track, meaning fans who pre order the album on iTunes now will receive “Room of Nightmares” as an instant download. Listen here. The cover art and track listing can be seen below.

New Jersey Crushers CRANELY GARDENS has released the lyric video for “Savages,” a track from new album House of Decay. The video was created by the band’s own Joe Fedele and can be devoured below:
House of Decay is out now and can be purchased and/or streamed in its entirety at:   https://cranelygardens1.bandcamp.com/album/house-of-decay

In advance of their forthcoming tour, FOSCOR are now streaming a drum play-through for the track “De Marges I Matinades”, which is taken from the band’s fifth full-length, ‘Les Irreals Visions’ (out since June 9th). The clip can be viewed below:

FOSCOR vocalist Fiar comments: “The song title refers to life’s opportunities when we are taken to our limits. The image of a new dawn at the edge of the world speaks of a personal struggle, and how after suffering we should be able to see a door to open at the corner. There is also a sort of challenge for the drums… well, the result speaks for itself about our privilege of having Jordi F. taking care of them.”

Drummer Jordi F. adds: “A song, which from a personal and technical standpoint, required an extra effort in order to create a rhythmic base that could fit the in-crescendo dynamics of the song. On an almost constant syncopated leitmotiv, placing the right amount of strength and cymbal hits to make them commune with the music was almost fully improvised – and hence an interesting exercise. Every time, I listen to or play this song, I feel like adding something new.”

Drums by Jordi F. (CRUCIAMENTUM, SHEIDIM, ERED)
Filmed during the recording of the album ‘Les Irreals Visions’.
Recorded at Moontower Studios in Barcelona, Catalonia on October 2016.
Images by FOSCOR
Video edition by Falke