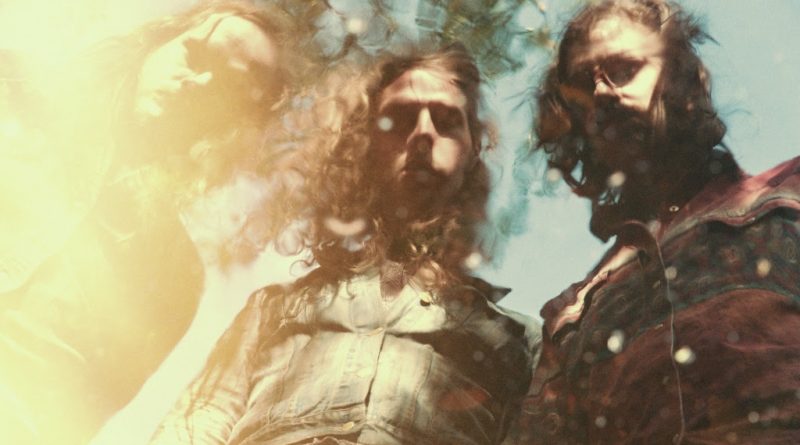 BLACK SALVATION (Featuring Uno Bruniusson formerly of In Solitude and Grave Pleasures and currently of Death Alley), challenge the listener to open wide the doors of perception and slowly drift away amongst their transcendental compositions and deeply hypnotic tales of magic and mysticism. Across eight tracks and 40+ minutes, BLACK SALVATION exquisitely blend hard rock, doom and psychedelia into an intoxicating synthesis of rock n’ roll alchemy.

Stream the opening track from Uncertainty Is Bliss, “In A Casket’s Ride” below:

The band commented on the signing and new album: “Our hands and minds are trembling in anticipation to release this record, as it’s been a long and intense road for us to get here. Throughout the whole process, we traveled down a path trenched in uncertainty, which was both disarming and blissful. Signing to Relapse Records is probably the most unexpected door that opened up in the process of finding a home for the record. We’re very eager to have an open minded, diverse label to spread our words and music to all corners of your perception!”

Additionally, BLACK SALVATION have announced a headlining European tour in April around the album’s release. A full list of dates is available below.

BLACK SALVATION’s new album Uncertainty is Bliss is due out April 6, 2018 on CD/LP/Digital via Relapse Records. Physical Packages are available via Relapse.com HERE and Digital Downloads / Streaming Services AT THIS LOCATION.

Dutch destroyers DEATH ALLEY have launched a video for their latest single “Murder Your Dreams” today! The song is taken off their upcoming album “Superbia” which will be released on March 23rd, 2018 through Century Media Records.

The band comments, “‘Murder Your Dreams’ shows a side of our musicality that was always there but never revealed itself in our music before. Just when we needed it, The Wipers came knocking and we crushed them to bits. A bittersweet taste of ‘Superbia’ in its most compact form.”

Video director Luuk Bouwman explains, “The video is based on chase and falling dreams – which I felt would fit well with the song. I remembered a great scene in the ‘Nightmare on Elmstreet’ series in which the characters are stuck in a loop. So I wanted to create a nightmare-like slapstick in which the protagonist is condemned to keep falling, eternally. I was already joking that it was an autobiographical story and as if it was an ominous prophecy, a day after finishing the video I fell really hard on a bridge because of black ice. I broke my arm, cheekbone and eye socket. So last week I was in surgery to reconstruct my face.”

Watch the video for “Murder Your Dreams” here:

“Murder Your Dreams” is available as a digital single on all download and streaming platforms and as an Instant Grat Track on iTunes and Amazon. Preorders for all physical formats of “Superbia” are also available as of now.

Use the following link to direct you to selected download and streaming platforms or to preorder a physical copy of the album:
https://DeathAlley.lnk.to/Superbia

Ways. is really proud to introduce their new song and video clip Death Row that you can watch below:

Death Row is the first single of their next EP called “AFTERMATH”.  This new EP will be available on March 15th.
Facebook : https://www.facebook.com/thisisways/
Instagram : https://www.instagram.com/waysofficiel/
Twitter : https://twitter.com/Ways_officiel
Bandcamp : https://waysofficiel.bandcamp.com/rel…