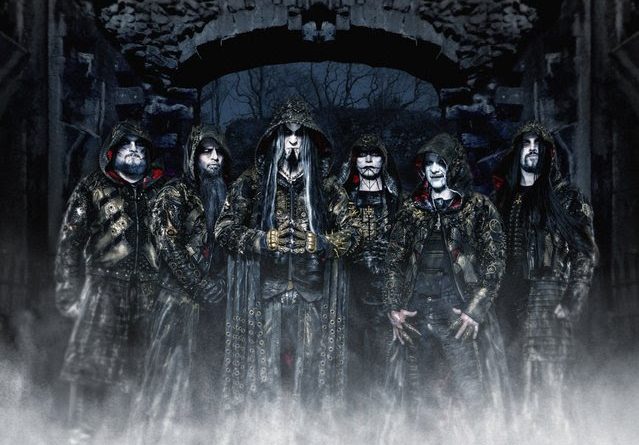 With over 1.3 million Youtube-views on their first single ‘Interdimensional Summit‘, Norwegian devils DIMMU BORGIR have proved that they are back for good after over 7 years of silence. On May 4th, the symphonic black metal masters will deliver their new full-length album »Eonian« and today, they unveil their second single with a stunning music video.

The experimental, folkloristic ‘Council of Wolves And Snakes’ is risking a look far beyond the horizon and proves that the band follows ‘no formula, no absolute’, as Silenoz vows, and shows that the path sometimes guides them to places they would have never expected to end up when they started their journey.

Vocalist Shagrath states: “It’s a song that sticks out from the rest of the album, it’s DIMMU BORGIR going into an experimental direction, but you can also find a lot of black metal inspiration in the middle section of the song. We are a band that has never been afraid of trying out new directions and artistically this is surely a very interesting and different track.”

Watch the music video of ‘Council Of Wolves And Snakes’ below:

Cult New York heavy metal band and godfathers of power metal, RIOT V, will release their 16th album entitled, »Armor Of Light«, on April 27th via Nuclear Blast. Now, the band is pleased to release the official video clip of the second single “Heart Of A Lion”. The video was filmed in New York and was produced by acclaimed director Kyle Monroe from Ryk3r Productions!

Check it out below:

Don Van Stavern states:
“One of my traditional sounding DVS RIOT tunes! Beautifully intricate with a great vocal delivery, bombastic drums, string patterns from hell and a great hooky sing-a-long chorus! The video captures the lyrical story line and the awesome playmenship of the band. I’m really jazzed about this one!”

Todd Michael Hall adds:
“My idea and lyrical content for “Heart of a Lion” is about Richard the Lion Heart. He was known as an incredible Warrior and military leader, but he also gave into his weaknesses, much like our leaders of today. Ultimately, his hubris lead to his untimely death.”

THEOTOXIN have released a video for the new single “Chant Of Hybris”, which is taken from the upcoming album “CONSILIVM” – out on May 4, 2018 via Massacre Records. The video – written and directed by James Quinn of Sodom & Chimera Productions – has an arthouse movie feel to it and is available for your viewing pleasure below:

The album’s record release gig will take place on May 12, 2018 at the Vienna Metal Meeting in Austria.

“CONSILIVM” was mixed and mastered by Lukas Haidinger. The album’s artwork was also created by James Quinn. You can already pre-order it here » https://massacre.lnk.to/consilivm